Drones are big news these days. The military spies with them, environmental agencies track floods with them, and a microbrewery got in trouble for delivering beer with them. And now there’s a personal drone in the works that you can control with your smart phone. But I’m not sure that the idea of personal drones is one that will take flight.

In theory, the concept is pretty cool. A company called AirDroids has created The Pocket Drone, ?the world’s first multicopter That’s powerful enough to carry a high quality action camera and folds up smaller than a 7 in tablet.? they’re not the only ones working on this type of tech, but their Kickstarter campaign page shows that they’ve done their homework?including safety considerations like a retracting/breakaway propeller design.

And personal drones have remarkable potential for both amateur and professional photographers. Whether you want to record a day out on your windsurfer or the joy at an outdoor wedding, a camera mounted on a personal drone can capture some truly unique footage.

The problem, then, isn’t with the technology itself, or even the people who would use it responsibly and safely. But there are plenty of other factors that could ground this technology before it gets popular, and we’re not just talking about irritating your neighbours with the constant buzz as you record your skateboard tricks over and over.

To start, there are questions about privacy. It’s one thing if You’re out in a public space and happen to be part of the general crowd in someone’s photo or video. But what about being filmed by someone’s drone as it passes over your property? Is it okay if we have the ability to capture photos or videos of people when they think they’re in a private setting?say, sunbathing behind the fence in their own backyard? What happens if that footage is posted online?

That’s the kind of thing that could easily happen even with the best of intentions. Then there are the scenarios to consider when someone’s intentions aren’t so good. Think It’s okay to leave your bedroom curtains open in your condo just because it doesn’t face another tall building? If personal camera-bearing drones become common, you might want to think again. Never mind how this kind of tech could be used to invade the privacy of public figures.

Then there are safety issues. Sure, a car or a person might withstand the impact pretty well if your drone and camera spin out of control and strike them. Especially with a lightweight unit like the Pocket Drone that weighs in at only one pound plus a half-pound maximum payload. But a baseball doesn’t weigh much either, and anyone who’s ever been smacked with one at a softball game knows how much they can hurt.

Speed and distance play a factor in potential collisions, too. Hydro lines, TV cables, and antennae are sources for accidents. Even birds and planes could collide with a personal drone. For instance, the Pocket Drone ?can fly over 5,000 feet from where the pilot is standing, and theoretically can fly up to approximately 11,000 feet.? It can also reach a maximum speed of 35?40 miles per hour. Another personal drone, the Phantom 2 Vision, weighs just over 2.5 pounds and can fly at a maximum of 15 metres per second (though the website cautions against it).

It’s bad enough that pilots have to worry about things like bird strikes and idiots with lasers. We need to give some serious thought to whether we should add personal drones to that list.

Are personal photo drones a good idea? In theory, yes. But there are still a lot of practical issues to consider before they take to the skies. 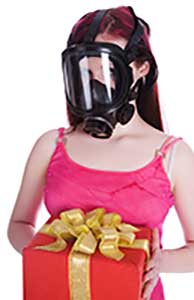