Ever look into the origins of modern Valentine’s day? It’s kind of unusual in the cavalcade of misinformation and mistakes that were made which lead us to decide upon the notion of February 14th being the day to celebrate romantic love. To start with, there’s almost nothing known about an actual “Saint Valentine”. There were a number of Christian martyrs named Valentine back in the time of the Romans, and at least three of them were declared saints, with one of them buried on the Via Flaminia (a roman road) on February 14. What’s more, these saints were more associated with sacrifice (being martyrs) than romantic love.

But in 1392, Chaucer wrote of birds coming back to find their mate on “seynt Volantynus” day, which many readers assume to be the same February 14th that the traditional “Feast of St. Valentines” had been held on. However, it’s been pointed out that Chaucer was writing this poem to honour the first anniversary of King Richard II of England’s marriage to Anne of Bohemia, which happened on May 2, that May 3rd is a celebration in the liturgical calendar of Valentine of Genoa, and that finally, it’s far more likely for birds to be seeking their mates in early May than early February, especially in colder climes such as England.

All of these mistakes, however, have come together to form what we consider to be the celebration of romantic love known as Valentine’s Day. So it seems that, sometimes, several wrongs can make a right. It’s with that thought that I’m happy to bring you the February 14th edition of The Voice Magazine. In it you’ll find a number of non-traditional explorations of Valentine’s day, with From Where I Sit looking at some of the other things of importance that happen on February 14th, Gregor’s Bed reviewing some shorts that look at the darker side of romantic love, and even our Click of the Wrist looks at the workings of the heart in a way you might not expect for Valentine’s Day. Traditionalists, however, will probably be better served checking out this weeks’ The Writer’s Toolbox.

There’s also a number of articles for those of us who can’t be bothered with Valentine’s day one way or the other. Personally, I’m quite fond of the second part of Barbara Lehtiniemi’s “Learning with Lynda” article for giving us a quick look at how Lynda might be useful beyond computer and software training. And if you have a surgery coming up, you have my condolences. But you also have our Health Matters column from Katie D’Souza to give you some very useful tips on how to best prepare for the surgery so that all you have to worry about afterward is getting better. But those are just two of the many other things in this week’s Voice.

One of the things I don’t have in this issue that I wanted to get was coverage of the AUSU election candidates. So far, responses in the forums have been slow, and it seems some candidates have been withdrawing as the election proceeds. So remember readers, on Feburary 19-22 we will be picking nine people to represent us for the next two years. They will be speaking for you, so if you want to make sure they’re saying the right things, now is the time to get into the forums and ask them your questions as you make your decisions. Who knows what they might say on your behalf otherwise? 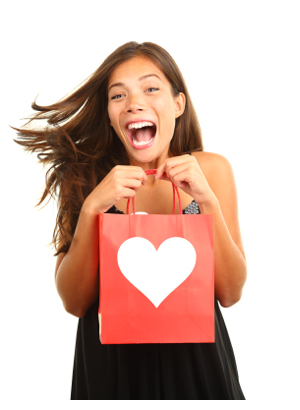