If there’s a headline sure to tug at heartstrings, It’s this one: Zoo Kills Young Giraffe, Feeds it to Lions. That’s the story of what happened to Marius, a healthy young male giraffe at the Copenhagen Zoo. The zoo then invited visitors to watch as Marius was dissected and fed to the lions. Ready to cue the moral outrage? Let’s look at the facts behind the headline first?and the hypocrisy behind our outrage.

In a perfect world, there’d be no need for zoos. Every animal, from grizzly bears to bowerbirds, would have plenty of food, a healthy habitat, and no risk of death from predatory humans. But It’s not a perfect world, and we’ve polluted, bulldozed, and hunted our way across the planet, pushing countless forms of animal life into a precarious survival, if not outright extinction.

Until we find the will and the ways to undo some of that damage, modern zoos serve a purpose. Zoo Revolution, a CBC Doc Zone episode, does a great job of looking at the pros and cons of zoos and is well worth watching.

To start, zoos educate the public and raise awareness about hundreds of species, including the need to protect natural habitats (the Toronto Zoo has 20 current habitat-protection projects in Canada and around the world). Some zoos take in animals, including large predators like polar bears, that have been injured in the wild. And zoo breeding programs can help ensure the healthy survival of many species, including those at risk.

That’s where animals like Marius come in. As Zoo Revolution explains, zoos ?rarely take animals from the wild anymore.? Instead, the lions and chimps you see in a reputable zoo have been bred in captivity?part of a huge database of animals whose lineage is closely recorded.

To prevent inbreeding, those animals are often transferred to other zoos when It’s time to mate. But that begets another problem: what happens when the local gene pool is full?

As this CBC article reports, That’s what happened at the Copenhagen Zoo. As a member of the European Association of Zoos and Aquaria, the zoo followed EAZA’s recommendation to ?put down Marius because there already were a lot of giraffes with similar genes in the organization’s breeding program.?

Which might have you wondering: why would a zoo deliberately breed an animal under those conditions? The short answer is, they didn’t. Nature simply took its course.

So why not sterilize certain animals? Because contraceptives or castration ?could have unwanted side effects on their internal organs, and the [Copenhagen] zoo regards parental care as important.?

Surely, then, Marius could have been saved by sending him to another zoo. Well, not so fast. Should the zoo or sanctuary be accredited? Perhaps a private facility? Who would make sure he was being well looked after?

All those questions (and more) had to be considered. One zoo that offered to take Marius isn’t a member of EAZA and ?didn’t want to comply with the same high standards.? A wildlife park, which is an EAZA member, already houses Marius’s older brother, meaning that the same genetic quandry could arise for the next generation of young giraffes there.

The issue, then, isn’t black and white. There are valid reasons why a healthy young animal like Marius would be euthanized in a zoo setting.

Instead, the real question is why we feel outrage over the humane killing of one healthy animal but happily ignore the slaughter (and cruel treatment) of billions of other healthy animals like pigs and cows.

Perhaps It’s because we use domestic animals as a food source and can justify killing them because it serves a purpose. But that argument doesn’t hold much weight when we remember that giraffes are a natural food source for several predators, including lions and hyenas. Marius became a very useful part of the food chain for the zoo’s lions, just as pigs, cows, and chickens serve a purpose for people who choose to eat them or buy leather shoes and wallets.

Is there something genuinely sad about the death of a healthy young animal, even when we know it was a painstaking decision? Of course there is, and It’s heartening to see that so many people care about the treatment of animals in zoos.

But compassion shouldn’t be reserved for occasional headlines and cute giraffes. Not when there are so many ways to make a small but important difference every day?even if It’s just a better understanding of the facts. 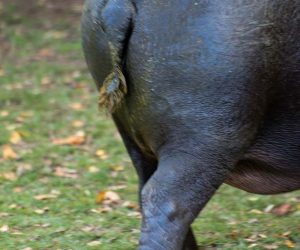 Fly on the Wall—Trundle, Trundle, Splash! 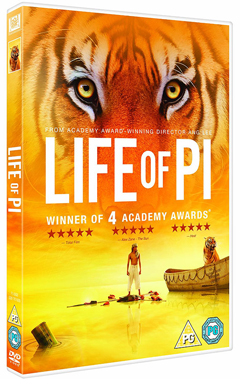 The Mindful Bard – Life of Pi