News & Events
The Voice
Click of the Wrist – Universal 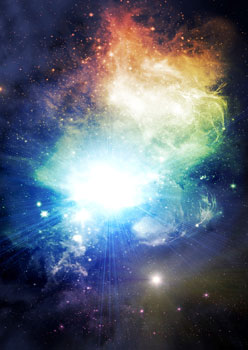 Recently scientists discovered evidence confirming inflation theory, which states that ?the universe expanded by 100 trillion trillion times just after the Big Bang.? Physicists celebrated and called the news ?beautiful.? The rest of us just shrugged and tried to act intelligent. If your astronomical knowledge is not, well, astronomical, click through these links and get yourself up to speed:

Sixty Seconds
Learn about the universe in animated 60-second clips? Yes please! This series, narrated by California Polytechnic professor David Mitchell, is sure to entertain and illuminate.

Not Relative
The theory of relativity is hard even for adults to figure out, but this explanation?aimed at kids?makes it much clearer. There are no illustrations, but the language and examples are non-threatening and simple enough for a physics-phobe to understand.

Digging Deeper
If you’d like to study astronomy and astrophysics in more depth, Open Culture’s list of free online courses is an excellent resource. From schools like Berkeley, Missouri State, and MIT, these audio and video courses are freely available over the web and via iTunes.