Last week, AUSU Council had its annual AGM. Unlike the previous AGM, this one was fairly routine, with no changes to either the Bylaws or the Elections Policy discussed or made. This left the session as primarily a presentation of what major projects Council accomplished over the past year (specifically the health plan referendum, the addition of the Lynda.com subscription for all AU undergraduate students, and the newly upgraded, more mobile friendly website), the challenges faced (the unexplained AU executive exodus, the southern Alberta floods, the announcements of a unilateral shift to e-texts and the call-centre model, and the drastic funding cuts and resultant service cuts at AU due to the Alberta Government’s 2012/2013 budget), and some upcoming plans (mostly in the form of more website functionality such as fully online awards applications).

AUSU also presented its financials, which showed that, even with the lowest student union fee in Alberta, and over $150,000 going to provide the Lynda.com service for three years, AUSU still managed to have less of a deficit than originally budgeted for. In addition, adjustments to the investment strategy were made that will apparently allow the Lynda.com subscription to be carried indefinitely should students feel it is a worthwhile add to their membership.

After the official meeting, the Q&A session that followed was both informal and informative, with discussion ranging from AU’s current timeline (or lack thereof) for finding a new President, to discussions on students in Ontario and other provinces outside of Alberta needing to write not only to their own MLA’s to encourage them to allow AU to expand properly into those provinces, but also to write the Alberta provincial government in order to convince them that students who invest in an Alberta education are worth supporting no matter where they currently live. And I can’t forget to mention the discussion about cows standing on phone lines. You never know what might happen at an AUSU meeting, it seems. 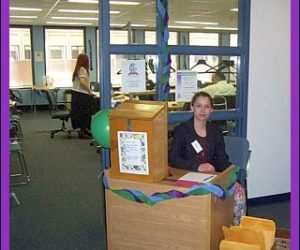