News & Events
The Voice
Click of the Wrist – In The Game 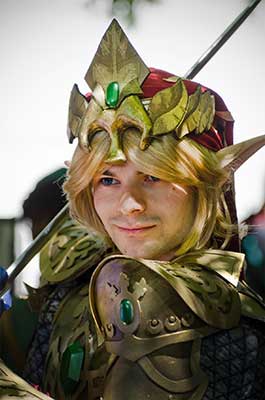 Video games?and their benefits and drawbacks?are constantly in and out of the news. They teach role-playing. They teach violence. they’re interactive. They discourage interaction. they’re contributing to a nation of couch potatoes. they’re harmless entertainment. Instead of reading yet another opinion on the merits or lack thereof, enjoy these descriptions and depictions of video games come to life’some clever, some cool, and some downright disturbing.

Tetris
Recently Philadelphia gamers made the news when they organized and played the world’s largest Tetris game?on the windowed side of a skyscraper. The link has a video that You’re sure to be cheering along to!

Angry Birds
If you haven’t seen T-Mobile’s live-action Angry Birds game, played in Barcelona in 2011, You’re in for a treat. Curious about how it worked? This article explains more; and if you’d like to try it in your own backyard, be sure to read this step-by-step guide.

Best of the Best
Or worst of the worst, that is. With its trademark sarcasm and humour, Cracked.com takes on six ?insane real-life versions? of popular video games. From controls that deliver real-life electric shocks to your opponent to special headsets that turn the streets of your town into a Pac-Man maze to a Dance Dance Revolution variant that shoots bad dancers with a flamethrower, these games will make you thankful for the simplicity of a safe couch, screen, and joystick.

Fly on the Wall—From Tetris to Essence; Linking Minds Through Ideas’

Fly on the Wall—Joined at the Hip, Wired at the Brain