Columns
The Voice
Primal Numbers – The Science of Crime

On April 20, Rubin “Hurricane” Carter passed away. His 20 years in prison on a wrongful murder conviction was an egregious miscarriage of justice, and drove him to fight for the rights of other wrongly accused prisoners. These days, It’s tempting to think that science can save us from such mistakes, that DNA and fingerprint evidence is foolproof. It’s time to put those supposed facts on trial.

It’s true, of course, that science has brought us far from the days of Salem witch hunts and Anglo Saxon ordeals?the days when being forced to grasp a hot steel bar was a reliable test of innocence. And the science behind DNA, fingerprints, and other detection methods has surely proven the innocence of people who, without that evidence, might well have spent years in prison.

But our reliance on that type of evidence could just as easily put innocent people behind bars. That’s because the majority of people?the type of average, everyday people who sit on juries?don’t realize that the science behind such foolproof evidence isn’t really foolproof at all.

Take fingerprints, for example. Everybody knows they’re unique. No two people have identical ones, and the prints You’re born with are yours for life. Except That’s not true.

As this Telegraph article explains, ?nobody has yet proved that fingerprints are unique, and [it’s also noted that] families can share elements of the same pattern.? In fact, samples of your own fingerprint, taken from the same finger just moments apart, can have substantial differences. In one university study, ?two thirds of experts, who were unknowingly given the same sets of prints twice, came to a different conclusion on the second occasion.?

That’s a far cry from the fingerprint evidence we see on popular shows like CSI, but what about the science of DNA?

Well, That’s a lot more scientifically sound, assuming that human error or deliberate misconduct don’t taint the evidence. Yet as the Innocence Project notes, ?only 5?10% of all criminal cases involve biological evidence that could be subjected to DNA testing.?

Then what types of science do many cases rely on? Things like forensic analysis of hair, fibres, teeth marks, and voiceprints?all methods that, surprisingly, have ?little or no scientific validation and with inadequate assessments of their robustness or reliability.?

Yet the average person, fed a steady diet of Hollywood crime ?science? like Bones and Castle, has no idea that such scientific evidence in the real world isn’t that scientific at all. At least not enough to proclaim a person’s guilt or innocence. Even without the influence of such popular movies and TV shows, most people don’t have the scientific background to know their forensic fact from fiction.

So next time a high-profile case makes the headlines, It’s worth questioning the so-called science behind it. Because sometimes, the real crime is in taking fact for fiction. 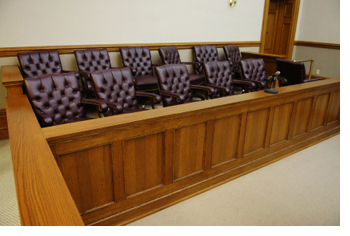 Editorial – Ladies and Gentlemen of the Jury