Following the 2012 release of their second album, the internationally acclaimed Rapid Eye Movement, Sétamùr is now releasing the remix, Remix Eye Movement, a collaboration with a variety of talented musicians from around Europe.

The original album was dedicated to Serbian musician, Melinda Ligeti, who not only collaborates with Sétamùr in the remix album, but also created a duet album with the band in 2011, 5 Coins in a Wishing Well, where the sultry guitar, piano, and male and female vocals in both English and Italian produced the most alluring harmonies, seducing the ear of any listener.

Sétamùr, founded in the winter of 2009, is the creation of Italian musician Norman Baiocchi. The band has evolved since its inception from a solo project to a duo, and eventually to a full band consisting of seven members. With each change, Sétamùr has proven that they can evolve as the band grows, changing their sound and style. Over the years, Sétamùr has collaborated and performed with bands like System of a Down and Chumbawamba.

The producers of Remix Eye Movement, Acustronica, located near Perugia in central Italy have made it their mission to seek out musicians and bands with music that is both refreshing and creative. Sétamùr’s latest album definitely fits that description.

The first thing to consider when contemplating whether or not to listen to Remix Eye Movement is whether or not you can accept an album that functions outside of the normal musical expression that you are used to. If that doesn’t deter you, then get ready to delve into the fantastical world of Sétamùr.

Like the original album, Remix Eye Movement is an imaginative expression of the soul through music, and some of the songs are reminiscent of the electronic and techno bands of the early 2000s. The other musicians that collaborate with the band enhance the originals and prove that we all hear and feel music differently. Listening through the album once, you start to gain an appreciation for the variety of electronic effects that can be added to music to make a song something more. Listening to the album again, you will notice things about the music that you may have missed before: a gentle crescendo that gives you goosebumps, an electronic effect that twists the very image that you originally had in your mind?s-eye.

However, not all of the remixes are gems. One of the songs, Frammento Di Sogno (Alex Bowlin RMX), is almost 9 minutes long, a far cry from the original which is only 2:30 minutes. At first, I was hesitant of the longer track, but once I began to listen to it the minutes melted away, and I let myself be carried off with the sound, totally unaware that the song lasted for almost four times longer than the original.

Another song doesn’t quite do the original justice, and seems to be no more than noise with no flow. That could be what the artist was going for in the remix, but it comes across more as if they couldn’t decide which instrument to use, so they used them all at once. Granted, the original is also just as jarring, but the addition of extra electronic sound doesn’t complete it at all.

But, overall, Remix Eye Movement is a delightful descent into the imaginative stirrings of the mind. I can definitely see myself playing this album in the background as I paint on a canvas, or while writing poetry. Truly, this album is for those that crave more than the normal constraints of everyday music. 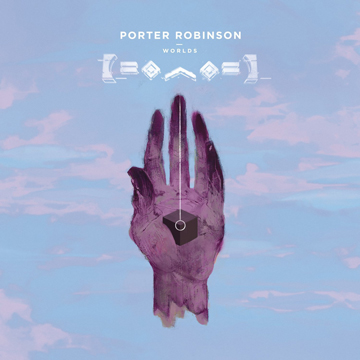