Columns
The Voice
The Mindful Bard – A Thousand Thoughts 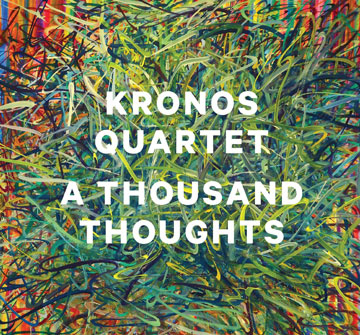 “We have a long way to go before we’re able to hear the voices of everyone on earth, but I believe that providing voices and building bridges is essential for the World Peace we all wish for.”
– Joichi Ito

From the beginning the Kronos Quartet adopted a mission to expand the musical consciousness of the world in all directions, pushing the boundaries of achievement, nationality, imagination, tradition, and form. Their repertoire is among the most diverse imaginable, and there seem to be no restrictions on what score they’ll pick up and play as long as it gets them all excited.

The Kronos Quartet is somehow singularly equipped for such a challenge. They don’t sound as if they’ve lead narrow, sheltered lives; this might be explained by their practice of touring around the world for five months out of every year. It may also have to do with the group’s long and fruitful career and their extremely sophisticated worldview.

A Thousand Thoughts showcases more brilliant collaborations and a delightful international repertoire: compositions and traditional tunes from Scotland, Syria, Vietnam, Greece, and ten other countries. It’s part of a pattern in the classical world at large; we’re seeing more and more master musicians getting out of the box and roaming the world in search of unique musical treasures to interpret, and this is becoming the warp and woof of postmodern music. But I think It’s safe to say that nobody does it better than this.

The album starts out with “Tusen Tankar,” a traditional Swedish folk song whose hymnlike, elegiac melody is delivered by Kronos with a rhapsodic tenderness.

Then plucked strings, blues notes (caused by bending the string to flatten its tone), and a low wailing violin set the stage for “Dark Was the Night, Cold Was the Ground” by Blind Willie Johnson. You hear what sounds like a panting dog (rapidly bowing dampened strings, perhaps?) and then a cello channeling the voice of a distraught mourner.

You may even find yourself asking, “How can this classically trained band of virtuosos so aptly capture the crude and timeless beauty of an old rural southern burial scene?”

“La Skidounak Sayyada” (“I Will Prevent the Hunters from Hunting You”) is written by Omar Souleyman. Souleyman, a singer and composer beloved at home in Syria and quickly garnering a worldwide cult following, was recently praised in The Wire. The dissonant polyphonies and odd rhythms are apparently a fixture of “Dabke,” a kind of Syrian party music.

A lovely romantic piece is “Mera Kuchh Saaman” (“Some of my things” in Hindi), a song from the 1987 Bollywood movie Ijaazat. The song is based on a poem that a woman leaves behind in a letter to her former lover, a poem in which she asks him to return her things. But the things she wants returned, surprisingly, are the memories of the times they’ve spent together.

“Asleep” is one of the Five Tango Sensations, a suite of compositions for bandoneón (an Argentinian concertina) and string quartet written especially for Kronos Quartet by Argentine composer Ástor Piazzolla, the groundbreaking creator of “the nuevo tango.”

From funeral to tango the album serves up humanity with all its frolics and foibles, with all its quarrels, loves, and celebrations, with its glorious gains and its profound losses. What emerges is a portrait of the world today, ripe with pain and promise? the fruition of years of struggle for good coupled with a chronic forgetting that dooms us to endure ever more suffering.

Quite aptly, the album ends with the traditional “Danny Boy,” a father’s lament that his beloved son is going off to war.

A Thousand Thoughts manifests six of the Mindful Bard’s criteria for music well worth a listen.

– It’s authentic, original, and delightful.
– It provides respite from a sick and cruel world, a respite enabling me to renew myself for a return to mindful artistic endeavor.
– It inspires an awareness of the sanctity of creation.
– It displays an engagement with and compassionate response to suffering.
– It makes me want to be a better artist.
– It makes me appreciate that life is a complex and rare phenomena, making living a unique opportunity. 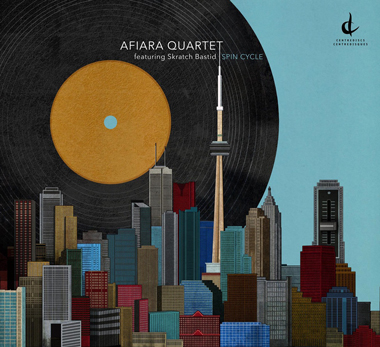 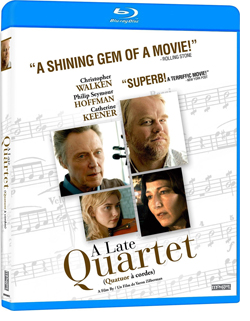 The Mindful Bard – A Late Quartet