Columns
The Voice
From Where I Sit – Not the Best Sleep

Week after week I wrack my brain wondering what I’m going to write about in this space. What’s happening in the news is often the stimulus. Sometimes the calendar guides me, though therein also lays a challenge. After all these years how can I put a fresh spin on a Mother’s Day, Christmas, Groundhog Day column?

Often I draw on the activities and lessons of my own life. For this week the subject matter came in the wee hours of Sunday morning. I was asleep minding my own business when the phone rang at about 3:15 in the morning. When the phone rings at that time It’s one of two things: a misdial by a drunk (usually quickly followed by one or two more from the same guy) or bad news. By the time I got to the phone I just heard something about ambulance dispatch, rollover at our gravel pit, and the request to call back.

It took some time to get my glasses, to turn on some lights, to try to grasp what I heard. I listened to the message to get the number to call. 9-1-1. Duh. I worried someone was lying bleeding or dying while I tried to help. As I spoke to the dispatcher, Roy was dressing in preparation for checking out what was happening. I spoke to a kindly police dispatcher who told me to take my time as I thought hard to correctly relay our land description. I didn’t want more misinformation to delay things.

As Roy opened the door to leave there was a man there in the dark, minus-three temperature who had walked from the gravel pit. He was saying the ambulance was lost. Off they drove to try to intercept and direct emergency responders. That left me to pace, grab a housecoat, mindlessly tidy the table, and worry.

First, I was angry that at this ungodly hour not everyone was tucked safely into his or her beds innocently sleeping as we had been. Then, I began worrying. Had someone gotten hurt on our land? A gravel pit is a series of large, and in our case, water-filled holes and huge piles of rock, gravel, and sand that are appealing to off-road trespassers.

Also how scary is it to have someone, even if he is a good guy, silently walk up to our back door in the dead of night? We have been victims of a break-in in the past.

Eventually flashing lights filled the night sky. A fire truck drove by, backed up a quarter mile and then returned. Eventually Roy called to say the guys who work at the gravel pit had been in a rollover?though no one seemed to know where it had occurred. There were injuries. By now there were two ambulances and two police cars.

Eventually we fell asleep. But not before worrying about emergency response times, errors in judgment, liability, strangers, and strange behavior in the dark of night. Not the best sleep, from where I sit. 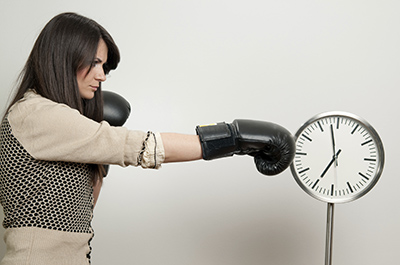 From Where I Sit – Diversions, Distractions, and Dalliances