Features
The Voice
Minds We Meet – Students Like You 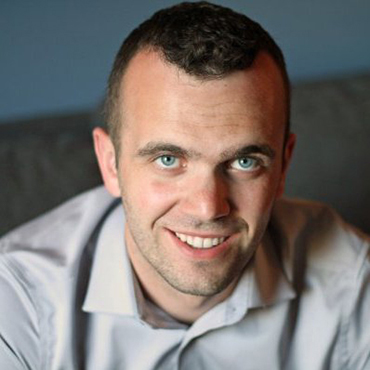 John MacPherson is an AU student from Newmarket, Ontario. He’s in his final year of the Bachelor of Management Program at AU. In addition to his studies, John works full-time in the hospitality and entertainment industry as an online marketer.

John was recently interviewed by The Voice Magazine about school, work, and life in general. Here’s the gist of that interview:

Describe the path that led you to AU. What was it that made you realize you wanted to go back to school, and what pushed you into the program you’ve signed up for?
I originally started at the University of Guelph in the Bachelor of Chemistry program. After a year and a half I realized that program wasn’t for me. I switched to marketing at Guelph for the next two years. After four years of university, a job opportunity came up and money was getting a bit tight anyway. My mother was taking courses at Athabasca University in pursuit of her masters, so she suggested I continue my education there. Athabasca allowed me to both work and continue my education.

What do you do like to do when You’re not studying?
Mostly I’m working full-time at byPeterandPauls.com, a hospitality and entertainment company, doing online marketing. I’m also managing some of the event venues during the busy wedding season.

What are your plans for this education once you finish? How does it fit in with where you want to go?
Once I finish my BMgmt, I intend to pursue a Masters in Business Administration. But first I plan to enjoy a bit of time off from school. Eventually I’m working toward creating my own business in online marketing.

Who in your life had the greatest influence on your desire to learn?
Both my mother and father have influenced me. Both went to university: my mother got her BSc in Nursing, and my father got his BSc in Botany. My father worked in his career for 35 years. My mother continued her education throughout her life, eventually getting her masters. Both my parents have been supportive of my education, offering advice and encouragement.

What famous person, past or present, would you like to have lunch with, and why?
I think Carl Sagan. Even though I left the science program, I’m still keenly interested in science. I find it fascinating. Carl Sagan was one of my father’s role models, too.

Describe your experience with online learning so far. What do you like? Dislike?
It was a strange transition going from the lecture hall to completely online. At first it was a bit of a struggle staying on top of it. No professors to push; it was all up to me. On one hand it was a bit freeing being able to work at my own pace. After a day’s work then if I just didn’t have it in me I could put off studying. But it takes a lot of self-motivation. I had to apply for course extensions a couple of times in the early days, but not so much now.

When was the point where you wavered the most about whether it was worth it to continue your schooling, and what made you decide to keep going?
It was difficult. After leaving University of Guelph, I was working full-time in the career of my choice. I asked myself if there was any point in continuing my studies. It could have gone either way. In the end, it was worth it to continue my education. In many cases, I can apply concepts from my classes to my work, so I really am getting something out of this. I’m committed to finishing my degree and hope to do so in the next year or so.

What’s your most memorable AU course so far, and why?
I would have to say Personal Finance, FNCE 322. I really think I learned personal financial management late in life; it would have been beneficial to learn this in high school. I found the information in this course both practical and enlightening. This was an elective and I’m glad I chose it.

Describe the proudest moment in your life.
There are two that come to mind. The first was in my 3rd year at the University of Guelph. I was on the Interhall Council Central Executive, part of the team looking after student orientation week for 5000 new students. The whole orientation came off without a hitch and I recall sitting with my fellow central executive members, letting it sink in that we had done it.

The second moment was at work. I was working at an event venue, and it had been one of those nights full of challenging moments. After the event, I sent most of the staff home while I waited for the decorator to pick up the chairs. Quite late, the decorator called to say she couldn’t pick up the chairs until the next morning. I began the arduous task of stacking around 450 to 500 chairs. One of my staff came back in for a moment and, seeing what I was doing, offered to help. I said, no, don’t worry about it, I’ve sent everyone home, I’ll just look after it. The staff member left after a minute, then returned with 15 other staff members who had been outside. They got to work helping me stack the chairs, turning a 2-hour job into a 15-minute job. I felt appreciative of their help, and honoured that they volunteered to help out. It felt really good to know my staff would do that for me.

What have you given up to go to AU that you regret the most? Was it worth it?
Free time! It really cuts into my personal life, but ultimately It’s worth it. AU studies really help me in my work, and the flexibility of online learning makes it work for me.

If you were the new president of AU, what would be your first project?
Free t-shirts for all students! As president, I’d focus on student inclusiveness. I’d work on fostering a sense of student community. I’d send each new student an AU t-shirt so that each student would feel that they belonged. I’d also facilitate some student gatherings in each province. Right now, It’s up to students to find each other?I think AU could do more to bring students together where they live.

Describe your earliest memory.
It was at a Santa Claus parade. I wasn’t quite 3 years old. A parade participant dressed as Batman came up to me and signed a comic book for me. It made an enduring impression.

If you were trapped on an island, what 3 things would you bring?
First of all, I’d bring a long book: A Catskill Eagle by Robert B. Parker. Second, I’d bring a camp hammock?may as well be comfortable. And third, a Swiss army knife. If I could bring a fourth item, it would be a roll of duct tape. That should cover all eventualities.

Describe one thing that distinguishes you from most other people. What is unique or remarkable about you?
I think most people would say It’s my outgoing, optimistic attitude. My sister says I’m a bit of a schmoozer. If I go into a room of 50 new people, I’ll come out with 50 new friends. I guess That’s why I’m suited for the hospitality industry.

What is the most valuable lesson you have learned in life?
My father taught me to stay calm. He quotes Corrie ten Boom: “Worry does not rob tomorrow of its sorrow, it only saps today of its strength.” It helps to remember that. 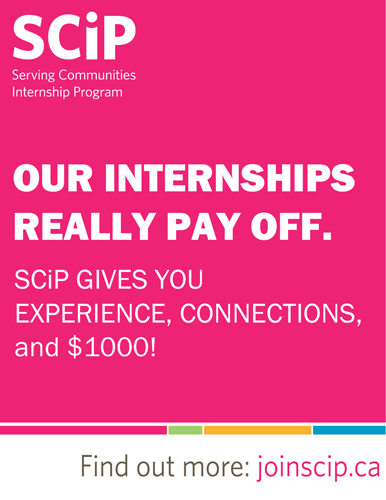 What do you think about e-texts or the plans to make the university follow a call-centre model?
I’m adaptable, so I just deal with whatever comes. I haven’t had any e-texts yet, but I don’t find that I rely heavily on textbooks. I’ll just adapt; I’m pretty easygoing.

How do you find communications with your course tutors?
I’ve found my tutors to be reasonable. Communication has been good. They always seem to post when they will be away and I’ve had no problems getting in touch with them.

Where has life taken you so far?
So far, I’ve made my way to Scotland and England, visiting Edinburgh, Liverpool, and London. I’ve gone to Cuba, New York City?which is huge and crazy?, and Chicago. I’d like to return to Scotland for an extended visit. I don’t have immediate family there but It’s the land of my heritage. I’d also like to experience some uniquely different places like Singapore, Tokyo, Beijing, Australia. Ideally I like to get away somewhere every year.

What (non-AU) book are you reading now?
I’m reading A Game of Thrones, the first book in the series by George R. R. Martin. I haven’t watched the TV series yet, so I’m getting a preview before I begin watching.

Editor’s Note: Hey John, can I just advise you to do Game of Thrones the other way around? The surprises in the TV show are a lot more visceral if you haven’t read them first, and that way it still leaves some surprises in the book -Karl 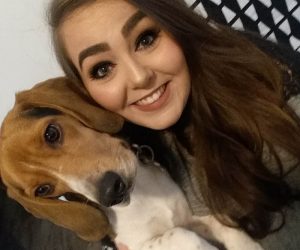