Last week we started our mini-series on the confusing words and phrases using all. We discovered the difference between alright and all right (hint: the former’s not a real word!) and altogether (totally) and all together (a grouping). Now It’s time to move on to these often-confused pairs: already and all ready and all and all of.

Already vs. all ready
If you keep this sentence in mind, the difference between the two is very easy to see:

Example A: I was all ready to go, but then I realized it was already dinnertime.

Already is an adverb that expresses time; use it if you can answer the question “When?” When was it dinnertime? Already.

All ready is a descriptive phrase that explains the level of preparedness. If you can answer the question “How prepared?” use all ready. How prepared were you? I was all ready.

Using these questions is usually straightforward, but sometimes things can get tricky. When in doubt, ask “When?” before asking “How prepared?”

Example B: We were already prepared. This is correct. Although the sentence is about preparedness, the question you need to ask is “When?” rather than “How prepared?” If you can answer “When” don’t go any further.

All vs. all of
While all of isn’t grammatically wrong, It’s considered wordy. The general rule for concise writing is to use all instead of all of.

Original Example C: I want to read all of the books in the library.

Corrected Example C: I want to read all the books in the library. This version is preferable because it is more concise.

There are some limited exceptions to the general rule. First, all of is appropriate before a nonpossessive pronoun like us or you. We see this construction all the time:

Example D: I was looking forward to meeting all of you.

The second exception: use all of before a possessive-form noun That’s describing another noun (as in Sarah’s kids or my roommate’s photos). This is frequently done incorrectly, which means that the right way often ends up looking wrong.

Corrected Example E: I want to sign up for all of Athabasca University’s new fall classes.

Are you all (sorry!) sorted now? Next week we’ll leave usage behind and spend a couple weeks on tricky punctuation, including the dreaded comma. If there are any specific grammar or usage issues you’d like to see covered in the near future, let us know.

The Writer’s Toolbox – It’s All Right 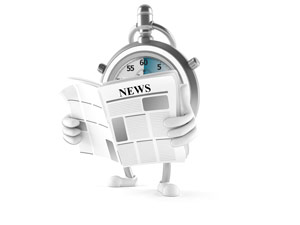 Reading for Speed – You Don’t Need an App For That