Features
The Voice
What Mensa’s Got For AU Students 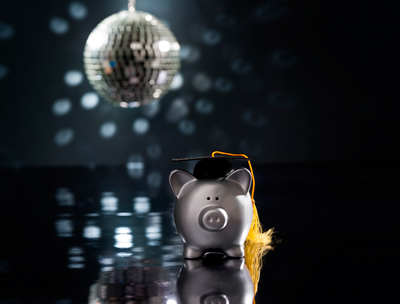 Last week’s article introduced Mensa Canada, the high IQ society. This week, we look at Mensa from the AU student’s perspective. What’s in it for us?

For those who qualify, Mensa provides a rewarding social network that extends beyond Canada’s borders. People with Mensa-qualifying IQ?an IQ that falls in the top 2% of the general population?often have some sense of the unique way their mind works. For those who always wondered if they qualify, the upcoming Friends & Family discounted test sessions allow them to satisfy their curiosity about their intelligence at very little cost. Even if they don’t join, full-time students could qualify for one of several Mensa Canada scholarships.

Fellowship and Fun. AU students who primarily study online may miss out on the stimulating social interaction that other university students enjoy. Social media allows for some interaction between AU students, and others join informal study groups with students in their area. Flung across the country and beyond, AU students may need to work harder to seek out mind-stretching conversations.

Many people think a typical Mensa meeting involves solemn-faced academics who sit around smoking pipes while they expound on esoteric topics and fan themselves with their PhDs.

Mensa was initially founded in order to gather the brightest minds together to solve the world’s problems. Nowadays, in addition to fostering, and supporting research into, human intelligence, Mensa’s purpose is primarily aimed at “providing stimulating intellectual and social opportunities” for its members. Calgary’s Mensans gather each month for trivia events, social drop-ins at members? homes, and, yes, pub nights. A pub night also features on the Ottawa Mensa calendar, along with a dining night which is held in a different restaurant each month. Local events are held regularly across Canada in a variety of settings. Mensans hike, dine, drink, play games, listen, learn, and talk, talk, talk.

Members are welcome at Mensa events worldwide. Mensa Canada’s annual gathering, which will be held in Vancouver in 2015, draws visitors from across Canada and around the world who gather to hear stimulating speakers, play games, and generally have fun. In between events, members keep in touch via social media, local newsletters, and Mensa Canada’s members? magazine, MC2.

Friends & Family testing rates. With one in every 50 people having an IQ in the top 2% range, Canada has potentially 700,000 people qualifying for membership. Worldwide, however, Mensa has only around 120,000 members. To attract new members, Mensa Canada is running their annual “Friends & Family” testing event in September and October. Potential members can write the Mensa qualifying test at the discounted rate of $30 (there’s also an advance-pay option of a non-refundable $25 for further savings.) You don’t need to have any friends or family members in Mensa to take advantage of this special rate?but you may find that some of your friends or relations are already members.

Qualifying tests are offered at scheduled testing sessions and by appointment through Mensa’s network of proctors. Those in locations where no Mensa proctor is available can arrange for their own qualifying proctor. (Hint: AU students may be able to use the same invigilator they use for AU exams?check with your invigilator then contact Mensa Canada to set this up. As with AU exams, you’ll be responsible for the invigilator’s fee.)

Mensa Canada Scholarship Program. Even students who don’t join Mensa can apply for Mensa Canada’s scholarships. Open to Canadian citizens or landed immigrants, applicants must be at least 18 years of age and enrolled in a qualifying full-time program at a Canadian post-secondary institution. There are three scholarship categories, with awards ranging from $1000 to $3000.

Computer science and mathematics students take special note: the Frank & Betty Woodhams Memorial award is for students in either of those two fields of study and has not been awarded some years due to lack of applicants. The amount of this award varies; the last winner, in 2012, received almost $7000.

The deadline for Mensa Canada scholarship applications is January 31 each year. An essay of up to 250 words is required. Read the rules carefully?an average of 25% of applications each year are rejected because applicants didn’t follow the application procedure correctly.

For students looking for intellectually-stimulating conversation they don’t get with online studies, Mensa provides a ready-made social network reflecting the diverse interests and backgrounds of its members. With the annual “Friends & Family” sale prices on the qualifying test, this time of year may be the best time to take the plunge and see if you’ve got a Mensa mind. And for full-time students not interested in pursuing a Mensa membership, there’s still the opportunity for free money with a Mensa scholarship. Seize the opportunity. 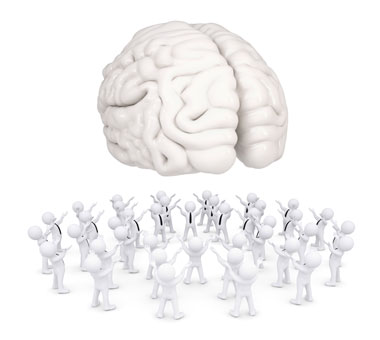 Mensa Mind – Have You Got One?