Articles
The Voice
The Career Path – Start it Up 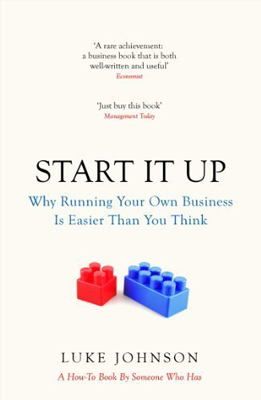 With all the hype about students? inability to land a position post-graduation, the question of whether to start an entrepreneurial initiative becomes tantamount to the question of whether to be unemployed or satisfied with an entry-level job. Surprisingly, the alternative of self-entrepreneurship is increasingly being touted as a viable option for mitigating some of the impact of a poorer economy, regardless of the age level of the individual in question. Typically, it is presumed that entrepreneurship can assume one income-generating role of many in what is labelled a portfolio career, or multiple roles, such as part-time work, entrepreneurial activity, contractual work, and the sort.

Luke Johnson, in an uncompromisingly fastidious manner, articulates his reflections on entrepreneurialism in his book Start It Up: Why Running Your Own Business Is Easier than You Think.

No Excuses Not to Start Up an Entrepreneurial Venture: Start Today
Johnson (2013) describes the potential entrepreneur who has the potential for a successful start-up but never takes the initiative. He urges the reader to take the initiative now without hesitation–today at the very latest. The optimal venture for absolute beginners, he states, is one that requires no start-up capital, such as a Web programming business, a communications company, or some other structure that has zero to little barriers to entry. Johnson (2013) says “Let’s just say today is a better time to start a business than tomorrow, no matter how today looks” (p. 34).

A big innovative start up idea is not necessary, says Johnson (2013). You can just improve on or tweak something already done to leverage your business idea, and providing exceptional customer service is one means of achieving that end.

There are a variety of investors you could approach, too, if your business concept needs some funding. These investors include angel investors, venture investors, and banking personnel.

New Grads Should Bypass Travel in Favour of Starting a Business
As a new graduate, if you are considering travel, Johnson (2013) urges you to forgo any such consideration in favour of starting a business. He reasons that the competence, experience, and skills you will acquire through an entrepreneurial initiative far outweigh the benefits from leisurely travel. The entrepreneurial venture will provide you with meaningful contacts and resources.

He advises again that you choose a project that requires no start-up capital and that taps into some poorly researched niche market–not the obvious markets.

Lastly, he encourages you to find a partner to work with, as the combined know-how is invaluable to start-up success.

Choose What You Know and Love
When planning on what venture you wish to start up, Johnson (2013) exhorts that you should choose “something you already know and love” (p. 24). An approach used by James Webb Young (as cited in Johnson, 2013) is to do the following: (1) research your general idea(s) by gathering facts, (2) reflect on the facts, trying to map out some underlying meaning, (3) put research aside and rest on it, (4) get inspired by some moment of revelation concerning what you pondered, (5) be sure to copy and improve what already exists rather than waiting in exhaustion for some completely innovative idea to overtake you, (5) know that small incremental changes to existing products and services can add leverage to your business’s start-up success.

A Warning to Young Entrepreneurs: No Barriers to Entry? What Happens in a Recession?
Johnson (2013) states that young entrepreneurs are running businesses that require next to no start-up capital, which is something he recommends as a strategy for novices. Some of these businesses with no to little barriers to entry include the following: “marketing agencies, web design firms, recruitment companies, finance businesses, software houses, telecom firms” (p. 187).

The issues with the above, in his mind, are that recessionary periods would leave inexperienced entrepreneurs at the whim of the market decline. He says that a recession could result in a bad wake-up call, exacerbated by banking debts gone bad for the entrepreneur. The good news, conversely, is that entrepreneurial initiatives typically have smaller debt loads relative to public companies, so the weathering of the storm may not be as volatile.

Why Your Private Life is Important to Your Entrepreneurial Life
One’s private life, according to Johnson (2013), is a critical determiner of how one performs on the job. It is essential for an entrepreneurial initiative, for instance, to be approved of by your significant other as the weight of an unsupportive companion weighs on the fortitude of the business owner.

It is important to be upstanding and value-driven with respect to one’s personal life as poor life decisions can, and often do, impact the owner’s capability of effectively running a company.

Consider Taking on a Portfolio Career and Moonlighting
Johnson (2013) highlights the bitter truth that jobs for life and the security of pension plans are benefits that no longer prevail. The common trend now is for consecutive careers or simultaneous jobs, such as part-time and entrepreneurial mixes, and even moonlighting. He argues that people should stay in their day jobs while entertaining an entrepreneurial venture at night. Jobs that are ideal for moonlighting include: “e-commerce, direct marketing, franchises, property” (p. 117).

As a result of a changing job market, lifelong learning and skill development are essential for success.

don’t Give Personal Guarantees (Such as Your Home) to the Banks
Whatever entrepreneurial initiative you decide on, Johnson (2013) urges you to never offer a personal guarantee?especially your home?for a bank loan. In a case of a market crash, he describes the bank’s role in collecting on your personal guarantee as “Satan coming to claim Faust’s soul” (p. 177). Instead of getting a bank loan, try relying on an angel investor or venture investor. There are sites that submit your ideas to a database of potential angel investors, but only a tiny percentage of the requests get funded and the service comes at a fee.

References
Johnson, Luke. (2013) Start it Up: Why Running Your Own Business is Easier Than You Think. Portfolio Penguin. UK 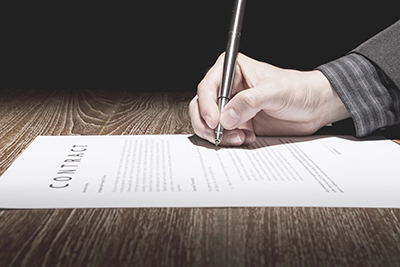