Columns
The Voice
The Writer’s Toolbox – Are You Ready to ‘WriMo?

If you frequent the literary blogosphere, chances are you’ve come across calls to join fellow writers over on the dark side: the intense, but ultimately rewarding NaNoWriMo, which begins November 1.

For the uninitiated, NaNoWriMo stands for National Novel Writing Month. Participants commit to creating a first draft of a 50,000-word novel, from start to finish, in just 30 days. Sound daunting? It is—crafting an entire book in a month is no joke—but the increasing number of participants each year (over 300,000 in 2013!) suggests that having a whole manuscript in hand by December 1 makes it all worthwhile. Then there are the success stories; bestsellers like The Night Circus and Water for Elephants originated as NaNoWriMo novels.

Even if you don’t have a novel brewing in the back of your mind, NaNoWriMo offers a secret tool that’s useful for everything from fiction to business letters. In fact, NaNoWriMo-ing your own writing just might change the way you approach the writing process itself.

Have you ever sat writing an essay, or a proposal, or a longer project, and wasted hours over a sentence or paragraph or chapter that simply wouldn’t come together? That’s where NaNoWriMo comes in.

The biggest challenge of NaNoWriMo is also its greatest benefit; in order to hit that 50,000-word goal, you need to turn out over 1,600 words a day. That doesn’t sound like a lot, until the day inspiration runs dry or you can’t get past a stubborn bit of dialogue or a scene that’s not working out. So what do you do?

And that’s the beauty of it. You write your way to the other side.

Sometimes the desire to self-censor and edit as you go gets in the way of your ability to actually get your writing done. If you’re struggling, take a page from NaNoWriMo and challenge yourself to write your way right over a problem. Get your word count down, even if the words aren’t coming to you easily. Good? Bad? It doesn’t matter; the point is that you’ll have written. You can always fix it later, but, as Nora Roberts said, “You can’t edit a blank page.”

Now that’s a lesson you can take with you far beyond the month of November. 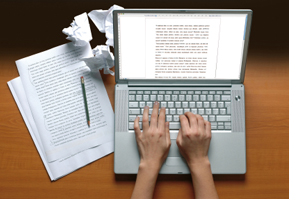 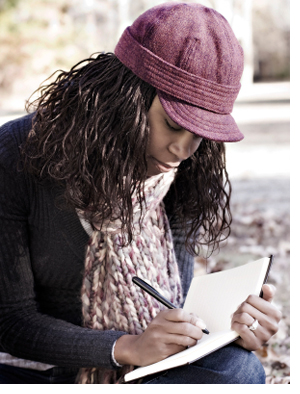 Editorial – Why I Quit NaNoWriMo