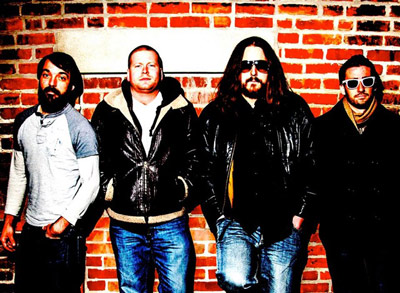 Formed in Boston in 2011, rock band Sunshine Riot has been passionately promoting their music as they tour across the United States. Their music has been described as rock infused with a southern blues sound, although they seem to have tried to develop their own style of music that defies any genre.

Their first album, A Fresh Bottle and a Brand New Day, is available on iTunes and on their website, where you can download their song “Natural Causes” for free.

Upon first listening to their music, I can definitely understand why they have been compared to these musicians, but I also find that they remind me of Dropkick Murphys and Sum 41. In songs like “Liz Stone” and “Get High”, Sunshine Riot’s music has a punk flare, which I think just adds to the entire genre defying image.

Although I have come to really like this band, the first song on this album was not what I had expected. “Black Coffee Sigh Side A” is a mismatch of sounds combined with harsh throbbing drums. In fact, it sounds like the type of music that you don’t want to listen to until after you’ve had your morning coffee. I found it grating and irritating.

But the next song captured my attention. “This Is A Raid” has an upbeat tune, compelling and entertaining lyrics, and an injection of humour that pervades several songs on the album.

“Liz Stone” is fantastic. The song is well composed with soulful rhythm and fantastic vocals. I really enjoyed it, as I felt that the band plays this style of music the best. Sunshine Riot may be trying to create their own sound, but it seems like they are most comfortable in the rock genre, with the occasional country and punk sound tossed in.

“Drunken Love” reminds me of songs from the band Sum 41. The heavy rock sound and loud, overly-masculine vocals make me think that this song would be perfect to listen to while partying with friends, whether at a pub or in the backyard at a barbecue. In fact, this song makes me miss the summer and times spent with friends, whether on the road, or sitting around sharing stories, laughs, and good times.

Overall, I wasn’t a huge fan of this album. The songs that I mention are the tracks that I liked the most, but I found that the other songs on the album weren’t the best examples of the bands’ obvious talents. I really enjoyed Sunshine Riot’s previous album A Fresh Bottle and a Brand New Day, which has more of a rock and punk sound, so I really hope that the band’s next album will feature more songs like “Liz Stone” and “Drunken Love”.

Editor’s Note: Last week, this column mis-spelled the name of Bela Ferreira from Menage as “Bella”. Our apologies. 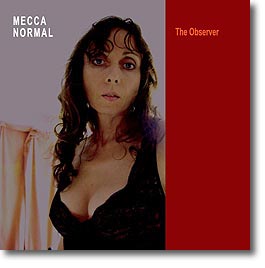 Music To Eat Lunch To – Mecca Normal – The Observer