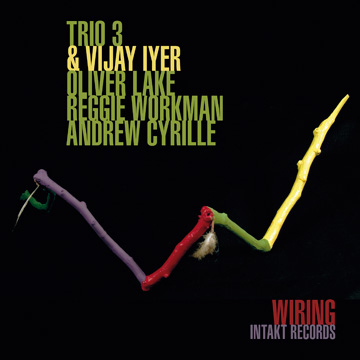 “To be a jazz freedom fighter is to attempt to galvanize and energize world-weary people into forms of organization with accountable leadership that promote critical exchange and broad reflection.”
– Cornel West, Race Matters

This album is a masterpiece, one of those platters you choose as the soundtrack to your life for a month at least. Even better, Wiring is connected to the reality of human suffering, specifically suffering caused by racism; no matter how busy and intense these musicians? lives might be, not one is turning a deaf ear to the heartbreak happening outside the studio doors.

It’s Trio 3’s “thing” to engage a phenomenal pianist as a guest on every album, adding that needed chordal dimension to the sax, bass, and drums formula. you’d think they might just ask a pianist to join them permanently and then call themselves a quartet, but when you think about it, inviting guests to play is more ingenious; for every album they bring in new blood to reinterpret their aesthetic and to challenge them with new musical ideas.

It can’t be an easy team to join. In this distinctive jazz trio each instrument has a salient character: the alto sax is the temperamental high-strung artist, freely expressing anger, joy, and deep melancholy, the bass is a smirking hipster, soaked in irony and subdued melancholy, and the drums are the throbbing libido, spanning the rhythm traditions of world history, absorbing avant garde aesthetics, and experimenting with new directions.

So what does Vijay Iyer add to the recipe? Erudite jazz skills, of course, but also the unique sensibility of his far eastern roots, a cosmopolitanism which I’ve often said is necessary to the organic growth of today’s jazz, whose vibrancy depends on it being embraced and fed by cultures the world over.

Iyer’s piano really shines in “Willow,” where we find a Schoenbergian dissonance matched perfectly with a blues dissonance, a slow-dancing, sensual call-and-response, honky-tonk piano rolls, and periods of close to unfettered improvisation in true post-bop form.

In “Tribute to Bu” (Cyrille’s homage to drummer and bandleader Art Blakey, aka Abdullah Ibn Buhaina, or “Bu”) they attempt something rather interesting; traditional African djembe phrases are played on a modern drum kit, replete with polyphonic rhythm lines, but on the same track there are experimental rhythms and free jazz improv.

The leitmotifs in “Tribute to Trayvon Martin,” in honour of Florida’s 2012 shooting victim are lighthearted for Trayvon and ominous for the encroaching presence of a banal evil. The first movement, “Slimm,” is full of joie de vivre, the second movement, “Fallacies,” is a kind of meditation, a pseudo-cynical portrait of a justice system that fails the victims of crime, and the third movement, “Adagio” starts out with very deep bass plucks and subtle percussion but grows ominously dirge like.

The end of this track sounds like beings from the spirit world whispering that, in the end, somehow, justice will be done, and that Trayvon must ever be remembered as an innocent victim of a racist society and an ineffective justice system.

It’s quite fitting to hear this kind of tribute in serious jazz, which often appears to hold itself aloof, but owes its origins to the peculiar historical circumstances of racial injustice in America. In the Trayvon tribute, Trio 3 is thoroughly engaged in human suffering. The rhapsodic sax runs express a liberty that can’t be held down. A percussive piano growls angrily, like an animal slowly accepting the fact of its death, the injustice weighing heavily, and the drums assert an ongoing determination to resist and transform unbearable conditions.

Musical passages full of dissonance and free jazz improvisation often morph into something that I don’t know how to describe but which I’ve heard often since the eighties?a kind of oceanic sound wash, a tidal wave of euphoric utterance?and which has become an integral part of today’s jazz soundscape. Its significance suggests a hunger for transcendence and sublimation, not just in the jazz genre but also in the culture at large.

Most of these tracks are original compositions by Trio members, with lots of improvisation in the post-bop free jazz traditions, but, ultimately, the sound of these tracks is more classic than classic.

Wiring manifests six of the Mindful Bard’s criteria for music well worth a listen.

– It’s authentic, original, and delightful.
– It stimulates my mind.
– It harmoniously unites art with social action, saving me from both seclusion in an ivory tower and slavery to someone else’s political agenda.
– It provides respite from a sick and cruel world, a respite enabling me to renew myself for a return to mindful artistic endeavor.
– It displays an engagement with and compassionate response to suffering.
– It makes me appreciate that life is a complex and rare phenomena, making living a unique opportunity. 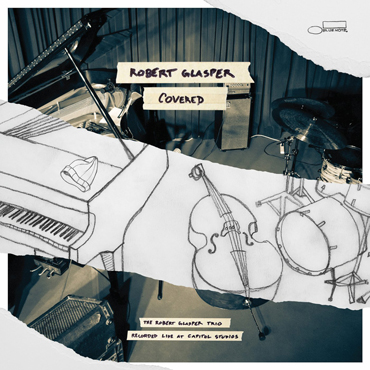