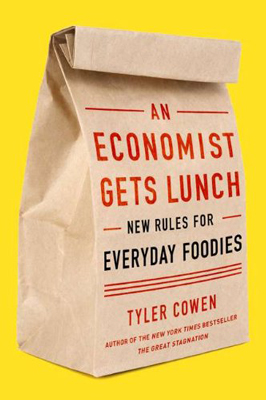 I’m a college graduate from Ontario doing upgrading my diploma to a BA through Athabasca. I received an invitation from a childhood friend to go on a several month long trip, first to Northern Quebec, with plans to go to Australia later. All this while writing articles about it and doing odd jobs along the way to help fund it all.

In some of my recent articles I mentioned that, as a general rule, I try to spend around ten dollars or less on each meal while traveling. Of course, I will break this rule for special occasions, but for the most part I’ve stuck to it. While a lot of people assume that this means I don’t eat well, this is not the case at all. Last night I had a wonderful Australian Steak, a glass of local wine, and an old fashion rice pudding made with some of the best and freshest cherries I’ve ever had.

Eating well cheaply has been something I’ve always been a bit interested in, but a book I’ve recently read called An Economist Gets Lunch, by Tyler Cowen (an economics professor at George Mason University as well as popular food critic), has really allowed me to take my game to the next level. I’m not going to review his book here though I will say It’s a great book. Instead I’m listing five key lessons from the book that have allowed me to eat like a king on a student budget.

1. Eat what the Locals Eat: One of the biggest money wasters I see when it comes to food is sticking to old habits. I’m currently in Australia where beer prices are sky high. Instead of sticking to my old habit of an occasional beer I’m now drinking wine. Australia is a big wine producer and because of this the same wine that might cost $20-$30 a bottle in Canada can be had for less than $10 here.

Another aspect of this is local competition. Essentially, when many restaurants compete the result is good food at a better price. Tyler Cowen explains this with examples from his experience.
“I walked around and I noted about five vendors selling the same thing: fried chicken with French fries – El Salvador style, as it was called. Five looked like a lot of vendors in this square. It was a sign of a healthy, competitive market, as any economist might tell you. I figured the chicken was from those local farms, so I ordered some from the freshest-looking stand. If it wasn’t any good I could just leave it and go to El Mediterráneo. But it was delicious – as good as the fried chicken you get in those hot-spot Manhattan restaurants experimenting with the concept, for instance Jean-Georges’s place on Perry Street, where I recently had inferior fried chicken for more than ten times the price. ? Total Price $2”

2. Abstaining at Popular Drinking Spots: Tyler Cowen explains that many restaurants make the majority of their profits on drinks. In some cases food will actually be a loss leader. This was the case at my favourite restaurant in Quebec City, Le Bureau de Poste. After observing a huge line to get into the restaurant several days in a row I decided we needed to check it out. Every food item on the menu had a flat price of five dollars, and despite the low price the portions and quality were amazing. Of course most people got a drink to go along with their food which would cost anywhere from six to ten dollars even for pop. By opting for the free water I enjoyed many nights out with an appetizer, entrée, and water for fifteen dollars including taxes and tip.

3. don’t Go for the Atmosphere: Another golden rule described by Tyler Cowen only really applies if, like myself, You’re going to a restaurant first and foremost for the food. If You’re looking for somewhere special for a special occasion feel free to skip this tip. According to Tyler Cowen, a good atmosphere at a restaurant is going to mean either higher prices or lower food quality. As a somewhat extreme example take, for example, the 360 restaurant on the top of the CN Tower in Toronto. While the view is incredible, you can expect to pay a hefty price for the food, which is just pretty good.

4. Cook at Home: This one is obvious but still important. By cooking at home you can increase the quality of your meal while lowering the cost by cutting out the labour and serving costs. Combine this with the first tip of eating seasonally and locally and you’ll be off to a good start.

5. Explore Ethnic Foods: You don’t have to go far to enjoy exotic flavours. Most cities of even a few hundred thousand in Canada have a few ethnic markets. In addition to trying new food you’ll also save money. Tyler Cowen describes how ethnic shoppers being more price sensitive leads to lower overall prices. One particular example he describes is fresh produce in Asian food markets. Many Asian food markets will use fresh produce as a loss leader (similar to the alcohol example) in order to get customers into the store buying other things.

If you find these examples useful or have an interest in both travel and food I encourage you to read An Economist Gets Lunch by Tyler Cowen. The first chapter in its entirety can be read for free online. 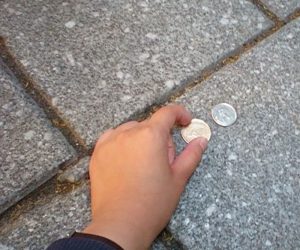 Four Financially Savvy Tips for the Pandemic (And Beyond!)