Trojans, spyware, ransomware. they’re all words to strike fear into computer users? hearts, and send them on a search for software to protect their devices. That usually means checking things like tech specs, but if You’re smart you’ll look a little further?at the company’s ethics. Because sometimes, even the folks who claim to protect you are just as shady as the hackers.

When you think of antivirus software, you probably think of the big brands out there: Norton, McAfee, Avast, Bitdefender, Kaspersky. After all, the goal is to protect your valuable hardware and files. You want to deal with someone you can trust.

So the first thing you probably do is look for reviews from well-known tech sites. Maybe PCMag or TechRadar. There are at least a dozen of them, and they’ll go into plenty of detail on firewalls, whitelists, and spam filters. As you compare the recommended programs, you learn that while most of them offer free versions (or at least a free trial), the paid versions give you better protection.

But before you hand over your credit card details, read on for a few cautionary tales that could save you from being scammed.

First up is what I discovered about Avast, one of the best-known antivirus brands. Their website looks perfectly legitimate. More than 220 million customers, a written 30-day money-back guarantee, and 24/7 phone support. What could go wrong? Apparently, a lot.

Last year, I bought a one-year subscription. Ten months later, the email reminder came in. Renew now and you won’t lose a minute of your existing subscription. I waited, but finally decided to renew with a month left to go. And immediately lost the month that was remaining on my paid subscription, despite the company’s written promise.

The 24/7 phone support? Only for technical issues. So I logged in, started a support ticket, and claimed my “guaranteed” refund. Three weeks later, including several requests on the Avast Facebook wall, there’s no refund in sight. No word from anyone at the company. Just a very telling silence.

Which got me digging. As it turns out, my own experience in the antivirus world is just the tip of the iceberg. Here are a few things to watch out for.

One common practice at antivirus companies is to set their customers up for auto renewal. If you download their software, buried in the fine print is a clause that permits them to bill your credit card again the following year. You might not want their software anymore. You might not even know you agreed to renew it. But don’t be surprised when that unexpected charge shows up on your Visa or Mastercard.

The problem is so big that, in 2009, Symantec and McAffee were both fined $375,000 in penalties by the New York Attorney General. As this Computerworld article notes, the companies not only didn’t get clear approval to keep billing customers, they had “made it difficult for customers to opt out or obtain refunds.”

But the fines didn’t stop them?at least, not Symantec. Just seven months later they were at it again, and another New Yorker sued them for doing the same thing. Want to find out if your antivirus brand engages in the practice? Just Google their name along with “auto renew” or “auto renew scam.” You might be surprised.

Then, of course, there’s the old double billing trick. You put in your credit card info, download the software, and all seems well. Until a month, or a few months, later you see that the company has charged you twice for the same software. Another common variation is that the second charge will be a few dollars lower?say, 49.99 instead of the original 59.99?so that you don’t notice it right away.

Again, a quick Internet search shows up complaints about even the big names in antivirus doing it. Like this customer’s experience with Kaspersky, found on CNET.

Maybe It’s just a simple error, but customers shouldn’t have to spend their time chasing a refund for unauthorized charges. If You’re thinking of giving out your credit card number to an antivirus company, no matter how reputable they seem, search their name along with “double billing.”

And finally, beware of customer support lines that claim there’s a major problem with your computer and try to sell you on expensive upgraded support service. It’s another common complaint about antivirus companies, so don’t fall for extra charges.

Still, for the thousands of consumers who are thinking about upgrading to a paid antivirus program, what’s the solution? If the people who are selling trust can’t be trusted, what should consumers do?

It might seem old-school in a world where downloading software is fast replacing physical disks, but from now on I’ll be going to the store and buying my software in a box. That’s no guarantee that you won’t have a problem (most software is non-refundable once you’ve broken the seal), but at least it prevents unauthorized charges on your credit card.

As for my own experience with Avast, I’m not really expecting the company to stand behind their word. Not after seeing the countless complaints from other people with similar (and often worse) complaints.

So this holiday season, when you unwrap all those new computers and smartphones, think seriously about sticking with the free version of your antivirus program. And if you do decide to upgrade, buyer beware.

Dear Barb – To Serve or Protect 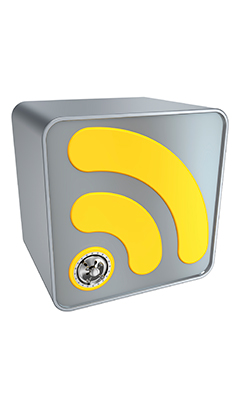