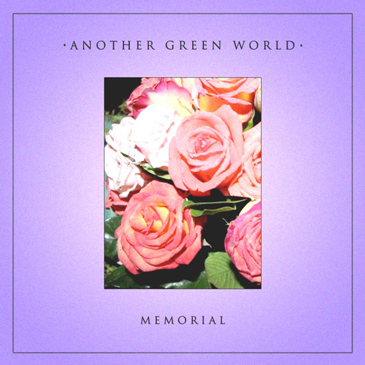 With the hectic holiday season over it’s important to take some time to relax and ease back into your normal schedule. I think there’ss no better way to relax and start a new year off right than to check out a new musician.

I was surprised by Another Green World. Not being a big fan of 80s music, which tended to go overboard on the synthesizer, I cringed at the thought of music that is primarily comprised of that. But I am delighted to say that I was wrong in my dread. Instead, I was treated to soft music that draws from the best of the 80s electronic and combines it with singing that seems to seep into the music from somewhere outside of it entirely. And at times the inclusion of modern guitar and drums reminds the listener that this is a new take on an older form of music.

Created by Alec West in 2007, Another Green World is a solo act from Memphis, Tennessee. This is the artist’s fifth album, and was released by 80s Ladies Records on October 21, 2014.

Influenced by Duran Duran and The Cure, Another Green World creates music that seeps into your soul and carries you away on dreamy melodies into a world where imagination is key. The titles of the songs provide some guidance for your imagination with names like “Disguise”, “Kuraudo”, and “Promise”. I think naming the songs this way allows the listener to interpret the music as they wish, while having a starting point for the imagination suggested by the musician that created it.

The music on Memorial is considerably different from most electronic music of today. The 80s inspired music awakens feelings of nostalgia and memories of old favourite movies from that era. The music could easily be mistaken for the soundtrack of a teen movie from the 80s. Each song is full of emotion and meaning, and whether you are listening to the music attentively or passively playing the album in the background, you will feel yourself get carried away on the waves of music.

My favourite track on this album is “Kuraudo”. Like the rest of the tracks on the album, the song is primarily dominated by the synthesizer, but this song is inspired by traditional Asian music. I really enjoyed how this track was so different from the remainder of the album, and the water sounds that can be heard softly in the background remind me of a small pond full of fish that I once saw in a grand garden. As well, this song is one of the few tracks on the album with no vocals, although I really do like the vocals in the other tracks.

And although you may not need reminding of the weather outside, the tracks “Snow” and “Blizzard” don’t make you feel chilly, but instead the music seems to focus on the beauty that the winter season brings. “Snow” is upbeat and fun, reminding me of sliding down snow covered hills, skating, and snowball fights. The synthesizer in “Blizzard” creates a sound that captures the sound of a sparkle. I never thought that being able to capture a visual phenomena in music would be possible, but Another Green World proved that it can be done.

So if you find yourself wanting to start the New Year off with some different music, be sure to check out Another Green World’s Memorial.