Welcome to the healthiest time of the year. The month when we make resolutions to eat all our vegetables, get some exercise, and get plenty of sleep. There’s no doubt that exercise and vegetables are good for us, but the science on sleep isn’t quite that clear. Are eight solid hours really the best thing to aim for, or can we learn a little something from our restless ancestors?

Sleep has long been an enigma. Shakespeare called it both “nature’s soft nurse” and “death’s counterfeit,” and even though our minds and bodies need it, a restful night can be frustratingly elusive. Insomnia is a common problem, with the US-based Sleep Foundation reporting that “roughly 30 percent of the general population complains of sleep disruption.”

It probably doesn’t help that a standard eight hours of uninterrupted snoozing has long been held up as the ideal. As Science Alert reports, research shows that the average person needs “seven to nine hours a night in order to function properly and stay healthy.” Without it, serious health effects can include “poor cardiovascular health, obesity and impaired performance.”

In an age where personal data tracking (everything from ounces of water to number of steps) is promoted as the way to a healthy, successful life, waking up in the night can seem like a failure of sorts, as though missing the recommended sleep goal is akin to skipping daily exercise or eating pie instead of vegetables. That anxiety and worry can make it even harder to fall asleep, which can add to the harm caused by sleep deprivation.

But should we really be aiming for eight hours of uninterrupted sleep, or simply an overall total of around eight hours each day? History, and recent studies, reveal that two short sleeps each night might be our body’s norm.

As this BBC article notes, historian Roger Ekirch spent 16 years researching human sleep patterns. For centuries, a normal night’s sleep in Western nations consisted of two distinct segments. The first “began about two hours after dusk, followed by waking period of one or two hours and then a second sleep.”

Ekirch found hundreds of references to this kind of sleep pattern, from court documents to private letters. It was so common, in fact, that Charles Dickens and Miguel Cervantes are among the writers who casually mention it in their novels (Barnaby Rudge and Don Quixote, respectively).

That doesn’t mean people never woke up tired in the 17th or 18th century. Especially not the lower classes, who typically had poor diets and did a lot of hard physical labour. But it’s worth considering that, in the days before artificial lighting kept us up and about long after sunset, two separate sleeps seemed to be the natural pattern humans were drawn to.

In contrast, poor sleep, lack of sleep, and a general sense of tiredness are common complaints in our modern life full of labour-saving machines, comfortable beds, and central heating.

Plenty of factors could be to blame, including steady diets of fast food, lack of exercise, and the constant bombardment of signals (from traffic lights to Twitter feeds) our brains try to process. But as the BBC article notes, Ekirch’s research points to two big issues in the modern malaise of tiredness: “the human body’s natural preference for segmented sleep as well as the ubiquity of artificial light.”

So when it comes to the science of a good night’s sleep, it might be time to put that notion of a solid eight hours to bed.

How to Stay Healthy During the Summer 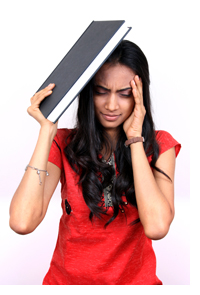