Features
The Voice
A Horse of a Different Colour 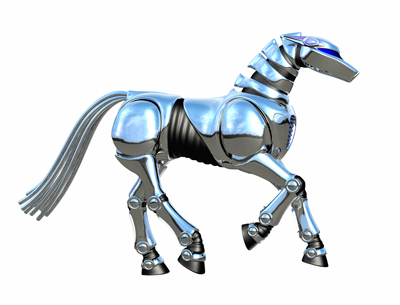 Tonight I glanced over at a video game and saw a cowgirl riding a pale steed. Upon commenting on the quixotic thematic realities of a heroine riding a white horse I was informed that, in fact, the player herself was situated abreast a brown horse. But it sure looked like a white horse to me. In true cowboy fashion, that got me to thinkin’. How could two people see the same horse so differently; how could we each ’know’ that the horse was a particular colour?

I mean, I see plenty of horses in my rural valley. They wander through my orchard from the nearby First Nations’ reservation and embody a gorgeous patchwork of colours, occasionally all white but usually dashed and splotched with browns and blacks. I was taken askance by the cognitive dissonance between the white horse I thought I’d seen and the fact of the horses ’brownness’ which I was presented with.

Upon a short re-education exercise vis a vis the video game’s library of horses which the player rustles and trades while advancing through the game, I came to know that by the game’s definition what I was looking at was, in fact, a brown horse. I recalled reading about an encounter between Adolf Hitler and an artist named Franz Marc who had painted a blue horse. The dictator exclaimed ’there are no blue horses!’ and thereafter such artwork was prohibited in the Third Reich (1) Perhaps I was the one dictating that my visual perspective somehow trumped that which was produced by the game and it’s participants. In the creative mind there can be any colour horse, not to mention unicorns and centaurs.

As students who write essays and plan experiments we have the wonderful opportunity to define the world according to our own hypothesized senses of reality. If we discover a new meaning to an old topic we can submit it freely to our peers and our professors. Yet, each discipline has its own rules of presentation and engagement ranging from citation styles to what sort of evidence is permitted. For instance, science generally values our senses more than our imagination. If a cognitive psychologist describes a particularly vivid dream to a neuroscientist they may be jokingly faced with the injunction: ’pictures or it didn’t happen!’

Appearances are often presented within a social environment such that the truth affixed to their being is presented as an unequivocal condition of their existence. It’s like, ’if I see it, it must be what I think it is’. Yet definitions are socially-constructed. As such, the essence of politics is arguments about meaning. The Charlie Hebdo tragedy, for instance, means different things to different people within different societies and in different locations around the globe. A man in Baghdad whose family died from a misguided ’guided’ missile sees the murder of ’satire’ journalists differently than does a blogosphere junkie in Seattle who considers himself a ’libertarian’. Social context produces reality; a horse is the colour its viewers make it out to be.

I don’t know if the video game horse was brown or white at an essential or transcendental level; Plato would say that the horse’s ’whiteness’ or ’brownness’ stemmed from a universal trait that exists outside our sensory/sensible/sensual realm. Yet, concurrently, another Greek philosopher named Protagoras stated that “of all things the measure is Man, of the things that are, that they are, and of the things that are not, that they are not” (2). Simply put, social reality decides social truth.

A visceral desire for absolute truth precedes the provision of truth in terms of a certain meaning. In the early 1970s Guy Hocquenghem stated that “desire precedes the object” (3). We are born desiring sustenance; whether it comes from a nipple or a bottle is less important in terms of survival than that we receive it. A horse may inhabit only one shade and colour at the physiological and photogenic level, but in terms of sociological reality the horse is what folks decide that it is. The attribution of meaning is more vital than the objective essence of the thing-in-itself.

In the context of the video game the equine was brown and I was most certainly wrong. As students in classrooms we learn quickly what the professor desires from us and what his or her pet interests or themes entail. Like participants in ancient pagan rituals, we learn to read the entrails which we find in the mammoth. One of the joys of distance education is that the, at times, oversized egos and even cults of personality of professors take a backseat to our own personal interaction with the course material and, in the case of AU’s excellent group-study courses, interactions with fellow students. We all have to play by rules and definitions, yet the creative act of academic research allows us to expand definitions and create new landscapes of meaning.

As researchers, we get to question and recreate our epistemological approaches to academic subject matter?or even life itself. An epistemology is basically a way of knowing something. How do you know what you know? The how is as important as the thing in question. Frame of reference is key. The horse was white to me, but not in the perspective of the game in which its meaning was created. One of the benefits of post-secondary education is it teaches us to permit a plurality of versions of truth and ’common sense’. It is therefore vital to be humble in the face of other interpretations of reality. And what I learned from the horse episode was that a horse is not always a horse, of course. 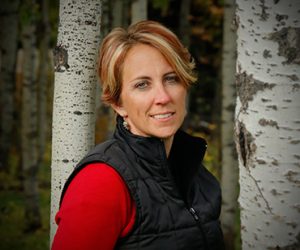