Columns
The Voice
In Conversation with Mehmet Polat, Part II 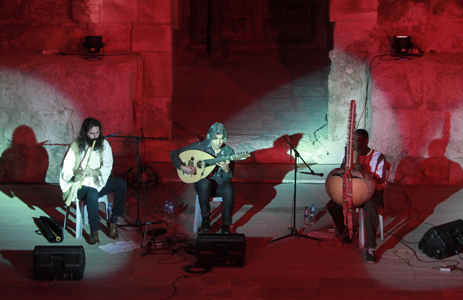 Mehmet Polat is a Turkish master of the oud (the Arabic lute), a musician noted for having developed new techniques in his playing and for mixing different musical traditions (Turkish, Arabic, Azerbaijan, Persian, Indian, Flamenco, and Jazz, to name a few) in his compositions. Along with the Mehmet Polat Trio (with Sinan Arat playing ney and Zoumana Diarra playing kora) he’s just released the album Next Spring (see the Voice review here). Mehmet recently took the time to answer Wanda Waterman’s questions about how Alevi Sufism has influenced his creative work.

(See the first part of this interview here.)

“Alevi Sufism is a kind of spiritualism with Islamic values and influences from the previous religions and cultures of Anatolia and the countries around it. It comprises a wider concept of life and an artistic way of remaining in it.

Alevi Sufism has survived with an oral tradition, the essences and messages of which were contained in poetry. It was also sung with instruments and danced to.”
– Mehmet Polat

A Spiritual Path, a Musical Journey
At the age of 11 or 12 I became a zakir [one who remembers God by repeating scripture]; I was then playing and singing during Alevi ceremonies in my village. Shortly after that I started writing poetry and composing songs.

After deciding to learn Ottoman music I began exploring the Sufi music of the Mevlevi (Rumi) school, which is an important part of Ottoman music. I studied Mevlevi Ayini (a form of Ottoman music), which has maybe the richest musical and of course spiritual content.

I’ve also listened to many recordings of Zikr by Arabic and Kurdish groups, Qawwali, and Gnawa? they’ve all had their influence on my music. I’ve also been influenced by Western sources like Echart Tolle’s teachings.

A Typical Trio Rehearsal
Diarra, Sinan and I are firstly friends, then music mates and colleagues. Our rehearsals begin with a welcome hug, Turkish tea and sweets, jokes, talk about life matters, and tuning our instruments. There’s a bit of a warm-up jam session, then we focus on each tune with small breaks in between.

Then we cook a meal together and eat it while talking, joking, and playing some more. It ends with a goodbye hug. 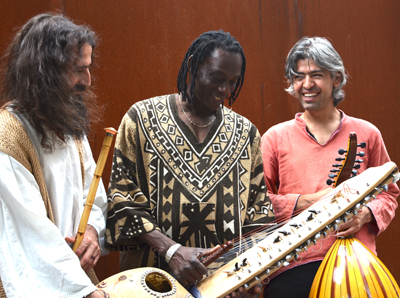 Creative Conditions
I can compose in any life circumstances, but for scoring and arranging behind the computer, travelling times work best. Observing the natural world outside the train window and then getting back to the screen for the notes gives me a certain peace and balance between being technological and thinking authentically.

What is your true nationality?
The first song on my album is called “One drop in the ocean,” so this is my nationality.

How do you discipline yourself?
I never push myself to practice or compose against my will, but I am a motivated person and I am an optimist; I just grab my instrument and play it.

What’s next?
I’m composing a new repertoire for the trio, for the second CD. It has a mix of African and Oriental traditions, with a deeper level of blending the two.

Most of my work is focussed on the trio but I will be joining the projects of other musician friends from time to time.

Editorial – No Duty to Live 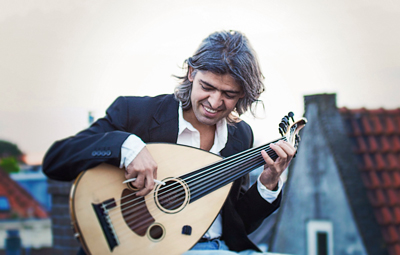 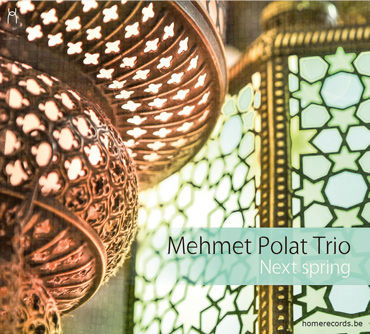