(Read Part I of this article series here.)

“?Where are the people?? resumed the little prince at last.
?It’s a little lonely in the desert . . .?”
– Antoine de Saint Exupéry, The Little Prince

When you consider that the Mides oasis here in southern Tunisia, at the edge of the Sahara Desert, was populated as early as 10,000 years ago, and that it remained populated right up until the flood of 1969, It’s tempting to try to imagine how the most recent inhabitants lived during their final years here.

It’s not hard to picture their lives once you’ve spent some time among traditional Tunisians today, sharing their meals, religious feasts, funerals, and weddings. Many ancient traditions are still practiced now, even though most middle class households are equipped with computers, satellite TV, and all the modern conveniences.

The inhabitants of this village would have been descendants of nomadic Berbers and Arabs who were encouraged by Prophet Mohammed to settle in villages to facilitate the exigencies of Islamic worship.

The women, at least those not quite cognizant of all the taboos their adopted religion of Islam had imposed on them, would have sported tattoos on their faces, arms, and bodies?tattoos that would have been given to them when they were small, to increase the likelihood that they’d receive marriage offers from suitable men. They likely wore black dresses tied with bright sashes and fastened at the shoulders with pins, as well as a double head covering consisting of a brightly patterned scarf tightly tied across the forehead; followed by another larger and equally brightly patterned scarf covering the head and shoulders. Some of the women would have topped this with an open-topped turban that you can still see worn by older women today.

There were very few people here who could read or write, so their oral traditions were rich, and their memories of the past sharp. A huge number of ancient songs are still sung at weddings; even though few young people can understand the old dialect in which they’re sung. The a capella singing of the older women would have been as hauntingly, achingly beautiful as it is today, and would have been followed by dancing to the formidably loud instruments the mezwed, zokra, dharbouka and a huge bass drum.

The people here would have known the names of all their ancestors back at least five generations. Some of the men might have had more than one wife, but not more than four, and in the days before Islam, Berber women could have more than one husband. Marital relationships were not expected to be as close as we in the west like them to be, but then this would have been a purely communal culture, one in which the natural human desire for connection is fanned out to the group as opposed to just being concentrated on the nuclear family.

Adults would have frequently shown great affection toward the children, who would have been cuddled, played with, and otherwise made much of from an early age.

It was the camel who made these settlements like this possible and which also formed the necessary links between West Africa and the Maghreb region. We see small herds of wild camels nearby, although “wild” is a bit of a misnomer because there really is no such thing as a wild camel here. A specific camel is turned loose into the desert to join a herd and is monitored from time to time with binoculars by its owner, who simply goes and gets it when he wants to rent it out for tourist rides or harvest the meat. I’m very surprised to hear that there are rarely disputes as to who owns which camel.

Later that evening my hosts offer me the meat of a camel calf, which I find quite delicious, close to veal but with a slightly nuttier taste. The milk, I’m told, is incredibly good for the health, creating strong bones and aiding the quick healing of fractures. 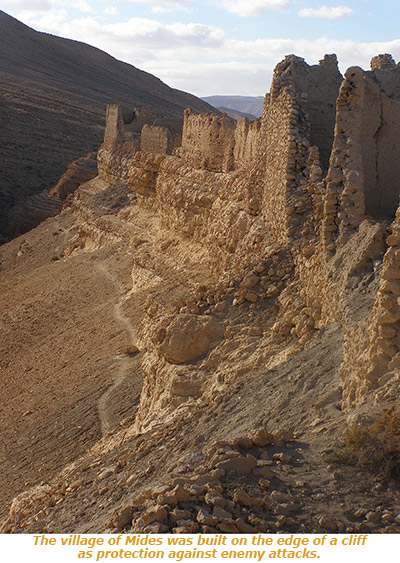 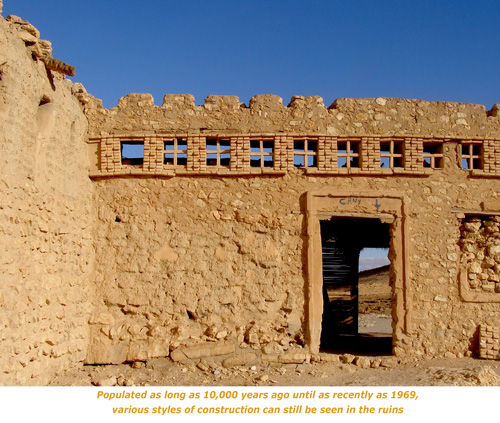 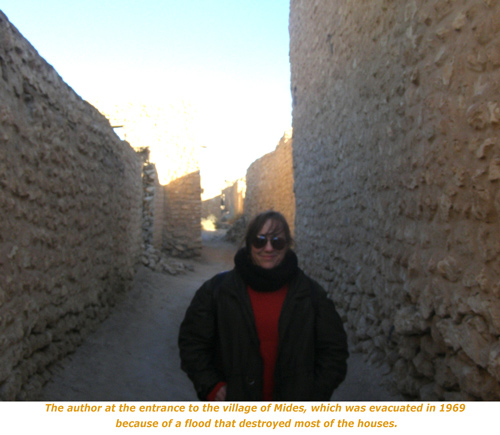 Maghreb Voices – The Smiling Ghosts of Mides, Part I