Articles
The Voice
50 Shades of Ugh 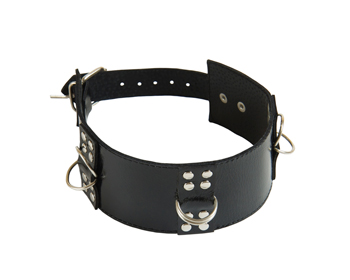 Unless you have been living under a rock, you have heard of the series 50 Shades of Grey by E.L. James. This series, which is now being made into a movie, is expected to break box office records. Even I succumbed to the masses and read the books (I will not be watching the movie.) The books were so hyped up I felt they had to offer something akin to a written masterpiece, albeit a masterpiece scattered with explicit sexual fantasies. I had figured these scenes would be the seasoning to the story, and not the half-rotten, sketchy, pillars that would be expected to support the entire novel.

After reading the books I wondered at their popularity. The books are so incredibly poorly written; the characters lack any depth, and by the end it seems that James was simply tired of writing. She tosses some words together in an attempt to wrap up the story, no longer even poorly connecting the events together. The whole series left a bad taste. It depicts a young, naïve, woman who is emotionally belittled and bullied into submission. While I did not enjoy these books, I can appreciate the concept, however the execution just was not there.

With the release of the movie impending, the articles and posts regarding its validity have increased. With these I have found that I, like I previously believed, am not alone in my evaluation of the books. These articles have also enlightened me on a few more aspects of horror in the words presented by James. In an article by Nathanial Downes, “?50 Shades of Grey?: A Celebration of Rape Culture and Abuse.” Someone who participates in the BDSM lifestyle discusses the misrepresentation of that lifestyle, which is based around consent. This book series, and now movie, are glorifying?even romanticizing?emotional and sexual abuse. The message this “story” sends is disturbing at best.

I can hear those who defend the books, and soon to be released movie, now: “Anastasia Steele consents and enjoys everything being done to her.” Even if that was true, which it is not (I would provide direct quotes to prove this but the copy of the books which I read have long since been tossed,) Steele is emotionally manipulated and bullied by this man who has also suffered the type of abuse which he is now inflicting on her. She is a woman he perceives as easy to control. Christian Grey stalks and terrorizes his new submissive. The supporters will say that “she can always say no,” but can she? Or is she too fearful of what her punishment will be if she does not listen?

I believe the concept of this book has validity and can speak to people on a certain level, allowing people to safely explore things which they never would in their life. I just do not think that this book, and subsequent movie, is the right way to go about it.

Emotional abuse, which is clearly present in 50 Shades of Grey, is not a joke. It is not romantic or gratifying in any way. Emotional abuse can be very damaging and have intense, and lasting effects. I think those who enjoy the books maybe have not experienced such a thing either first or second hand. Reading through social media, the women, and men, who stand against the message this movie sends are seeing this abuse; they know (or have seen) the effects and do not want this lifestyle romanticized and glorified. They do not want to see anyone else hurt at the hands of someone who is supposed to care for them. To be clear, I am speaking only of this book, this movie, and not of the lifestyle which it is attempting to represent. The glorification and romanticizing of this type of relationship is resulting in, not steps, leaps backwards for all women, and the men who respect them.

Respect is something which women have been striving for; which men have been trying to educate other men on. As a society, I believe we have come too far in mutual respect between men and women to have a book like this jeopardize it. 50 Shades of Grey is romanticizing destructive, damaging, and belittling behaviour. As mentioned previously, James is pretending to represent the BDSM lifestyle, BDSM that, to some, may be liberating and enjoyable. That is their lifestyle choice. Perhaps had James consulted some of those who participate in that lifestyle the book would have accurately depicted what it was trying to. Instead, James has forced some to step out and speak against what this series is showcasing. According to some, in “?50 Shades of Grey?: A Celebration of Rape Culture and Abuse” the most important aspects of the lifestyle are misrepresented or missing: consent and mutual pleasure. They are speaking out in frustration at the lack of understanding, and complete misrepresentation of what they participate in. As a result, many are stepping forward to set the record straight. A quick scan of any social media platform results in numerous articles of this nature. They are speaking not only to those who read the book or published the book, but to those defending the book, defending “their” lifestyle, because those people who are defending it based on freedom of lifestyle choice, do not understand the lifestyle they are trying to defend. This book perpetrates and celebrates abuse, while the lifestyle, according to the interviewee in Downes article, does not. With so many people stepping forward to set the record straight, I find it difficult to believe that, had James reached out to them to research her novel, they would not have openly discussed it with her.

Life Site News is even circulating a petition against the movie, ?say no to abuse.? In an article on their site, “Even the co-stars of the movie think 50 Shades of Grey is awful (and maybe even a bit like Hitler.)” The stars speak out, sort of, about the making of the movie, and while some of their statements seem to be reaching, such as comparing It’s following to Hitler’s following, the overall statement of this articles seems to be that even the lead actors, Jamie Dornan (Christian Grey) and Dakota Johnson (Anastasia Steele) do not understand the success of the series. According to that article, Dornan found the role exceptionally difficult to play, and Johnson found it very uncomfortable. This leaves me to wonder if, before trying out for the movie, did either one take a moment to skim the book, or read the script? Or were they simply jumping on the bandwagon hoping to strike it rich? Regardless, the actors who are submersing themselves into the story find it difficult to understand its success. To me, this speaks volumes.

Whatever the reason for the success of E.L. James’s 50 Shades of Grey, I would strongly recommend that if you are looking for a book that brings alive this lifestyle, look beyond what the masses are saying, what the media is pushing. Find a book which accurately represents the lifestyle, a book which does not glorify abuse and is well written. The 50 Shades of Grey books left me feeling cheated?cheated by reviews and cheated by the publisher.