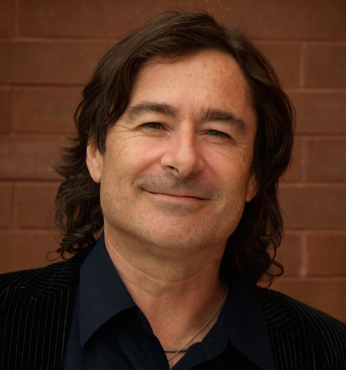 This is a continuation of the interview published in The Voice Magazine two weeks ago. In that piece, Dr. Dron expands on his Teaching Fellowship Award and some of his philosophies about pedagogy and the use of social media in a teaching/learning context. This week, Marie Well asks about his grading philosophies, influences, and works published.

Marie: I know you are not conventional in you assignment grading. What is your position on grading assignments:

Dr Dron: It’s a terrible idea. Grades are extrinsic motivators of no intrinsic value whatsoever, that inevitably become the object of learning rather than a measure of it. It is behaviourist claptrap ? you can make someone do something, sure, but if you want passionate, creative, lifelong learners, grades are highly counterproductive to effective learning. Feedback is extremely important, both positive and negative, but grades serve no useful purpose beyond emphasizing that the teacher is in control and willing to exert his or her power to make you do something. It is among the biggest malaises in our educational systems and we should work to stamp it out. It is also terribly unfair. It is completely bizarre that teachers can tell students they have failed when, if the students have not learned, if there is any failure at all (sometimes it might just be lack of interest or misfortune along the way) it is a failure in the teaching. But it is no different when a grade signifies success: by making the focus something other than the activity itself, the activity is implicitly devalued. Moreover, teachers are slaves to grades as much as students: they often play a large role in determining the design of courses, especially when you consider the lengths we need to go to in order to prevent cheating. That’s just ridiculous. Almost no one would cheat if there were no grades to attain and the whole process were dedicated to learning instead. There are ways to reduce the harm of summative assessment ? giving students control over how and for what they are assessed, for example, or negotiating outcomes. But, even then, the notion of grades has no value beyond allowing lazy or overworked teachers to avoid giving clear formative feedback that will actually help students to improve.

Sadly, accreditation is intimately linked with teaching in our educational systems so, unless we can come up with ways to separate the two, we are stuck with it for now. It is, in principle, possible. One of the many things I like about AU is that it does provide at least a couple of mechanisms for that, in the challenge process and in recognition of prior learning (the PLAR process). If we could use those or similar processes for every course we teach, entirely separate from the learning process, we might make a gigantic difference to the quality of learning and teaching.

Marie: You not only publish an amazing amount of books and articles, but you also implement the latest and greatest technologies across the Athabasca University portal. What motivates you to make such a vast and continuing contribution to the academic life at Athabasca?

Dr. Dron: Not amazing?I publish a few articles a year, and give the odd invited talk or keynote here and there, and I like to play with toys (to tinker) and to feel I am making a difference ? it all goes back to intrinsic motivation. And I believe in Athabasca University ? it is unique in many ways, which is how it comes to attract such great staff and students, so I want to do things that will contribute to its community. As I said before, I’m a professional learner. I love it. I love engaging in a dialogue with people that inspire or challenge me, I love unravelling puzzles and solving problems, I love the flow of creating things, I love to find out how things work, and I love being able to choose what I do and how I do it, when I do it and where I do it. I’m very fortunate to be paid to do so.

Marie: I have to ask. Is it you who is at least part responsible for the implementation of the Landing at Athabasca University?

Dr. Dron: That would be safe to say?it has been my main pet project for well over 5 years and is a direct continuation of work stretching back long before that. I have driven (and, for the last year or two, have done) almost all of the development work, as well as contributing liberally to the theory behind it, and, with my friend, co-author, mentor and all-round great guy Terry Anderson, co-managing the project. I think that the Landing, or something like it, is crucial to both the growth and survival of AU. We desperately need flexible, social, learning spaces for sharing, creation, and interaction, soft spaces between the hard and rigidly defined purpose-driven tools like Moodle and student support systems. Spaces that extend beyond and across courses and organizational boundaries, where we can all learn from one another, persistent spaces to interact in beyond the ultra-soft flow of email and real-time exchanges. We are, or should be, a learning community, first, last and foremost. The Landing is one solution to that need. I would do it differently if I had to do it again, but it seems to have some value. It also enables pedagogies that are not possible in our other environments, so it is not a bad teaching tool for some (not all) approaches to learning.

Marie: What theories and researchers have most influenced you?

Marie: What are the book titles you have published, and how can we go ahead and purchase them?

Dr. Dron: The latest, Teaching Crowds, is a free download from the AU Press site, if you don’t mind reading PDF files. If you want a paper copy or a proper e-book version, it is available from all good booksellers at a very reasonable price. See http://teachingcrowds.ca for the book itself and some related resources and places from which to buy it.

My last book, Control & Constraint in E-Learning: Choosing When to Choose (2007) is still in print and available from most online retailers or from Idea Group International, the publishers. Sadly that is not an open publication, but it is available in paper and e-book versions from AU Library.

Dr. Dron: Thanks for this opportunity to expand on a few of my thoughts and ideas!