You probably think you know the trade-offs in sending loads of personal data into the cloud. The app makers give you fun and convenience. You give them a goldmine of data to sell or use in other profitable ways. But there’s another way all that data might be useful: as evidence in a court room. As one recent case shows, Big Brother isn’t only watching. He could also become a witness.

In a case reported in The Atlantic, a client’s Fitbit data is being used to prove a personal injury claim. It’s a Canadian case that involves a former personal trainer who was injured. The data collected and stored by the Fitbit device and app will serve as a sort of silent witness, to demonstrate the long-term effects on the plaintiff’s health and activity levels.

Way back when the first app makers started tinkering with code, it’s doubtful they could have foreseen the day when these handy little programs would be used in a court of law. But in some ways, apps seem tailor-made for the job. Take a fitness app, for example. Weeks or months of data could provide an impartial baseline that proves a lot about a person’s health and lifestyle. A very useful set of data that could bolster your case?unless, of course, it was used in court against you.

Suppose, for instance, you’ve been busily tracking your sleep patterns and calories. You don’t always go to bed at a regular time, and you’ve got a few too many glasses of wine or pieces of cake in your app data. But recording all those not-so-healthy habits just keeps you motivated to make improvements, right?

Of course it does, until the day your insurance company uses all that data to deny you a claim for benefits. Or an employer uses it to fight your case for wrongful dismissal. Poor sleep habits? A touch of insomnia? No wonder you weren’t performing well on the job.

In all fairness, the argument can be made that other types of personal data, like medical records, have long been used as legal proof. But there are two major differences between that and the use of app data in court cases.

One is the sheer volume of data that’s being fed into apps or collected by wearable trackers. A database full of details on exercise regimes, sleep patterns, diet, heart rate, and other metrics paint a far more detailed picture than the height, weight, and blood pressure from an annual checkup. Combined, all those entries on your app are an even more powerful tool.

The second difference is that the app data being used (at least in the court case mentioned above) isn’t only specific to the person involved. As The Atlantic article notes, “it is not the raw Fitbit data that will be used in the courtroom.” Instead, it’s comparative data that’s been filtered through a third-party analytics company.

In other words, millions of pieces of data from other people, using a variety of different devices that measure things with varying degrees of accuracy, crunched into a result to show where a person falls on a so-called normal spectrum. Depending on which company is doing the analyzing, and which methods they’re using, the evidence may not be as conclusive as it seems.

Is the average person likely to have their workout schedule or Big Mac habit used as evidence in a court case? Probably not. But Big Brother is watching. And next time you see him, he might just be wearing a judge’s robe.

S.D. Livingston is the author and creator of the Madeline M. Mystery Series for kids, as well as several books for older readers. Visit her website for information on her writing.[ei

Primal Numbers – A Step Too Far 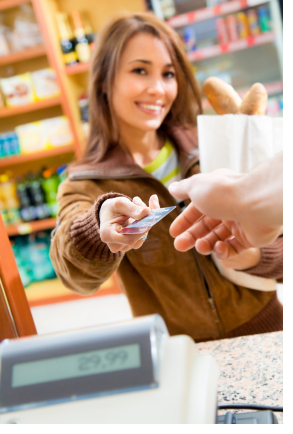