Articles
The Voice
Editorial – Fight (for) the Power!

Recently, I found an excerpt from a book by AU President Peter MacKinnon in University Affairs.

In it, he suggest that the idea of universities being self-governing bodies can easily be undermined by faculty labour unions, as they seek to make changes for their members that push into the governance of the university, an area normally defined by the collegial management of the university through Senates (such as our General Faculties Council), which are supposed to be the final arbiters of the university’s search for truth and excellence in teaching, and the Board of Governors, which are empowered to deal with the financial matters.

Part of his argument rests on the idea that trade unions have responsibilities to labour law, possibly outside organizations, and of course trade union culture, that have no part when it comes to what is best for the university and for its quest for truth and teaching excellence. That the very notion of collective bargaining has little to do with finding truth, and more to do with the division and exercise of power, decided by who bests uses what strengths they have.

The difficulty I have with this arrangement is that the imbalance of power within the institution is already massively in favour of the Board of Governors. When the Board of Governors makes a decision based on financial pressures that affects the ability of the institution to fulfill its mandate in researching and teaching, the Senate has little real power to affect that. Ideally, the Board of Governors would defer to the senate when it comes to making decisions that might affect the pedagogical and research abilities of the institution, such as the conversion from a tutor based direct-contact model to one of an intermediary centre, but what happens when it does not? Do the academics actually have any power to prevent changes to the very systems of teaching that they use? Aside from with-holding their services, which, when done individually, opens them up to disciplinary action, all they can really do is make noise, but the Board of Governors has no responsibility to listen to that noise, nor any accountability if they refuse to listen.

In that respect, collective bargaining on the part of the academics can serve a vital purpose in providing some balance of power between the two bodies. While I’m ready to agree with Dr. MacKinnon that the presence of trade union groups may not be the ideal way to achieve this power, under our current legislative environment, they are the only ones that have such an ability. A non-labour based union has no protection from government should it decide withhold services, and the leaders of any such broad-based movement could be easily singled out for disciplinary action, thus crippling any further movement of the organization. It’s easy for one who exercises the power of the Board of Governors to argue that there shouldn’t be any struggles for power in the institution, as they’re the ones who already possess the power, so any struggle would simply be to weaken that.

Anyway, That’s my rant on the subject. On a lighter note, we’ve got another issue full of interesting stuff, including an interview with a student who may be like many of us, having started and dropped a program due to external pressures before coming back to it. Also, the Mindful Bard this week looks at the Oscar winning movie, Birdman, plus reviews, interviews, news, and contemplations on everything from death to time travel. 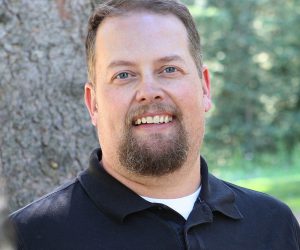