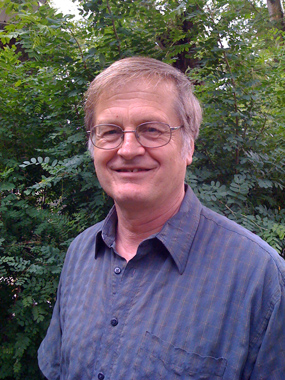 Dr. Terry Anderson is a Canadian Research Chair and on the editorial boards of several academic journals. He is also a teacher of AU’s Masters of Distance Education program, and recently consented to be interviewed by The Voice Magazine by writer Marie Well.

Marie: You are an award winning professor at Athabasca University, and you are a professor in the Education program. Please describe the name and nature of your most prominent rewards received.

Dr. Terry Anderson: The most important occurred when I came to Athabasca University. I was appointed as Athabasca University’s first Canada Research Chair. I had been working in distance education at colleges and the University of Alberta for about fifteen years. So, when I got an opportunity to come to Athabasca, it was sort of like coming home to the mother ship. I was thrilled to be honoured with that position.

In 2005, I published a book called The Theory of Practice in Online Learning, and it was Athabasca University’s first book published. I insisted that it be released as an open access book so that anybody in the world could download it. The first edition sold out the 400 paper copies. However, there were over 90,000 copies that were downloaded all over the world. Thus, I think it was at the start of a realization that digital distribution and production is really going to change the nature of textbook and academic publishing.

Marie: So, you are one of the pioneers of open access publishing?

Dr. Terry Anderson: Yes, at least at Athabasca. In addition, for ten years I edited IRRODL, the Open Access Journal that has become the most cited and read academic journal on online learning in the world. That was sort of my baby until last year, when I left it to new editors.

Marie: You are also recognized for your prolific publishing at Athabasca University. What topics do you mostly emphasize and what is your particular approach to creating that many publications?

Marie: What do you believe to be the role of technology and multimedia in online environments?

Dr. Terry Anderson: I think It’s a critical motivational piece for many learners, especially for those that haven’t achieved stellar successes in their previous educational experiences, such as disabled learners or people from less wealthy families that end up coming to Athabasca. If we just throw at them text after text, we miss out, as what we know about human learning is that learning takes place in many different ways for different people. I think multimedia can be used firstly to deliver almost any content from anywhere in the world for almost zero cost. Secondly, I think the media can support interaction, and, as I said, it used to be student-content interaction, but I would love to see our students have more opportunity to engage in student-to-student interaction. You can see now, on Facebook, there are a number of Athabasca University groups, and some students themselves are reaching out for this type of interaction.

Unfortunately, trying to get our faculty to realize this and hopefully support the interaction capacity has really been a struggle at Athabasca.

Marie: What courses at Athabasca have you either designed or taught?

Dr. Terry Anderson: Unfortunately, I don’t teach any courses in the undergraduate program. In the graduate program, I teach in the Master’s and Doctorate of Distance Education. I’ve taught e-learning business methods, two or three of the education technology courses, but mostly I’ve been teaching the research methods courses in the doctoral program for the past few years.

Marie: Have you designed any courses?

Dr. Terry Anderson: Yes, I designed the research course and I designed the advanced distance education technology course. I did major revisions to the business of e-learning course for the master’s program. I’ve also been consulting on the Psychology 406 course and on a biochemistry course, and a number of other projects with faculty.

Marie: What media do you like to add to your courses?

Dr. Terry Anderson: Because our graduate programs are paced, so they all start at the same time, every week or two we use Web conferencing, so students get a real-time experience. I also do Web casts and video casts so that students get a sense of who I am as a scholar, teacher, and human being. I really think it is important that students get a chance to get a visual impression of the teacher who designed the course, and get a sense of why this subject is exciting to this professor, and by extension, why it should be exciting for them.

Another big advantage of Web conferencing is that every session we have, I push the record button, so if there is anybody who isn’t available at that hour of the day or night, they can go into the Moodle site or into the landing and they can watch the recording. That recording is made for zero cost. It allows real time interaction without committing people to real time.

Marie: What are some of the disadvantages and advantages using Web conferencing?

Dr. Terry Anderson: The advantages are the immediacy of it, the fact that students can listen to other students, can ask questions right when the question is important to them, and, as I said, they get a sense of the real persons, the other students who are in the course. They can build friendships and relationships. Video conferencing is a great way to develop the social capital that I think is really important but often not allowed to develop in distance education courses.

Marie: As an instructor in online education, what are some of the highlights and pitfalls of teaching through online platforms?

Dr. Terry Anderson: One of the basic advantages, or course, is the shifting of time and the shifting of place. I’ve been key-noting conferences for the last nine years. So, I’ve taught courses from Germany, from Brazil, from China. Wherever I happen to be. It may be in the middle of the night, but I can still contribute and shift my location as long as I can make some time in the day to devote to the studies. We know this time shifting is important for students, but it is also important for teachers to have that freedom.

Marie: How do you approach supporting student motivation in the online environment?

Dr. Terry Anderson: I try to design the content as well as the assignments as something that has some practical value in the eyes of the students. I like to take examples where they don’t write an essay about, say, a distant educational philosopher, but their challenge is to write about how this philosopher’s ideas are used or not used in their school or training organization, or something like that. I know that is harder to do if you are studying Shakespeare or something like that, but I think the more we can tap into people’s internal interests and curiosities, I think the more motivated and successful they will be. I think That’s the same with assessments. I always try to make “real” task assessments. I am much more interested in having people build a website or work on a Wikipedia article rather than have them just write another essay that I’m the only one who gets to read and then it goes into the garbage.

Marie: What about providing feedback for students to help them with their learning objectives?

Dr. Terry Anderson: I try to be quick, for starters, so that my feedback is timely. Secondly, at least when I mark essays these days, I am not a very fast typist, so I use audio responses. So, the grad student will hand in a project or an essay, and as I’m reading it, I’ll record and say a few words, or ask a question, or say this doesn’t make any sense to me, or some other comment. The program leaves a little icon in the middle of the document with my voice comment. Students almost universally say they really like it because it provides teacher immediacy. For me, I know I do a lot more comments because it is faster and easier for me. Finally, it allows me to be a lot more casual because, sometimes if I was marking a written essay, I would say, “Please, use this reference”, but if I was using audio, I would say “Use Google Scholar search on this or that…” I can be much more casual that way.

Marie: What is your particular philosophy on student evaluation?

Marie: What kind of projects for the graduate education program do you implement?

Dr. Terry Anderson: When I was teaching the business of e-learning, the whole course revolved around developing a business plan for some mythical e-learning company, and students wrote on what was the mission statement, what was the vision of this company, what would they use for start-up funds, how would they pitch it, and where would they get money, who the audience would be, and how they would evaluate the program, whether it is a business or a new unit in a college.. Some students thought “I’m a teacher and not a business person” and thought the project was too much work. However, I think it is critically important these days for people to get used to the idea that you need a sound business plan even if you are in the public sector. That’s the kind of project they did in that course.

In the Research Methods course, we focus on them developing a research plan, which may turn into their dissertation. So, they are highly motivated to get it right. It is very interesting to watch people as they change and grow their ideas as as they learn more about research.

See the rest of the interview in two weeks time, where Dr. Anderson gives his advice to online learners as to how to get the best results from their time learning 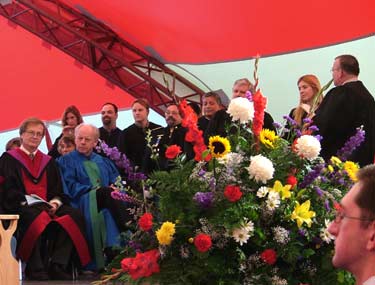 From My Perspective – Convocation 2004

News From AU – BRIEFS FROM THE INSIDER