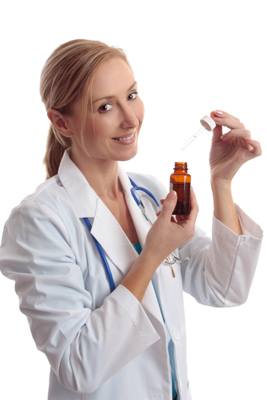 Fatigued? Dark circles under the eyes? Lost your motivation and “get up and go”? You could be suffering from iron deficiency anemia. Iron deficiency is a common cause of fatigue in North America, especially among women. Routine statistics show that one in four North American women is iron deficient, making women up to three times more likely to experience iron deficiency than men.

Iron’s role
Iron has a myriad of physiological uses in the body. Its most important is the making of energy, which iron does in partnership with the oxygen you breathe. Oxygen can’t move to cells in the body by itself, so hemoglobin, made partly of the iron molecule, literally “wraps” itself around the oxygen molecules and enables them to be transported around the body. As a result, the oxygenated cells begin to produce ATP, or cellular energy. The net result: more energy, less fatigue. In iron deficiency, however, the reduced hemoglobin means reduced oxygen transported to cells, with resultant reduced ATP or energy production. This can lead to symptoms of iron deficiency anemia, which include fatigue, chilly extremities, dizziness, brittle hair, hair loss, breathlessness, and pale skin.

Why deficiency?
Why are so many North Americans iron deficient? One reason is the simple fact that many of us are not consuming enough iron-rich foods. Recent research shows that on a daily basis, almost 57% of North American women aren’t achieving their recommended iron intake from their diet. On a typical day, for instance, It’s recommended to intake 20 mg iron from your dietary sources to maintain healthy iron levels. However, a typical North American diet intakes 10 mg of iron daily, and sets the stage for iron deficiency anemia. Other reasons for deficiency include bleeding (internal/rectal, recurrent nosebleeds, hemorrhoids, recent surgery) or, in the case of some women, related to their cycle.

Dietary iron sources
So, what are the dietary, or food-based, sources of iron? There are two basic forms of iron, heme iron (found in meats and meat products) and non-heme iron (found in plant-based foods). Heme iron is better absorbed by the body, since It’s in its activated form and requires less conversion (and therefore waste) for absorption. The best sources of heme iron include beef, lamb, pork, liver, veal, and turkey or chicken (especially the dark meat of these). The “vegetarian” form of iron, non-heme iron, although less well absorbed, still provides the body with a healthy dietary iron intake. As well, the body does adapt, and if the main iron sources in your diet are non-heme iron based, the body will improve the conversion rate and absorption over time. Non-heme sources of iron include legumes, pumpkinseeds, dried fruits (raisins, apricots), dark green vegetables (spinach, swiss chard, beet greens), beets, and cereals fortified with iron.

To be deficient or not to be?
How can you tell “for sure” if you are iron deficient? The best and safest way to tell is through a simple blood test. You can have your hemoglobin levels tested (although these will be falsely elevated if you have eaten an iron-rich meal several hours prior to testing) and your ferritin, which is a measure of the iron your body has stored in bone marrow for future use (this latter is also a blood test). Depending on the extent of deficiency, you may be able to bridge the gap in your iron intake by increasing iron-rich foods in your diet, daily, for three months. If you are severely deficient, you may need to supplement with iron in tablet or capsule format, although this should be under the guidance of your health care provider. Iron supplementation, whether through increased dietary means or especially via supplement, should be accompanied by minimum 1,000 mg vitamin C to enhance the iron absorption in the body. Vitamin C can be from a supplement source, or from a food source (ie., an apple).

If you are experiencing fatigue, dizziness, pale skin and hair loss, you could possibly be iron deficient. Be sure to rule it out and enjoy the health you can have!

Katie D?Souza is an AU graduate and a licensed naturopathic doctor. She currently practices in Ontario.

Disclaimer: The information contained in this article is for personal interest only; it is not intended for diagnosis or treatment of any condition. Readers are always encouraged to seek the professional advice of a licensed physician or qualified health care practitioner for personal health or medical conditions. 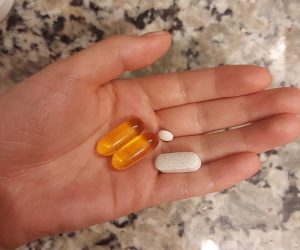