Science fiction is full of ideas that sound cool in theory but would probably turn out lousy in practice. Things like building a theme park full of dinosaurs or creating a robot army. Flying cars are another sci-fi staple that everyone loves. But now that they’re almost reality, there are plenty of reasons to wish they’d stayed in the realm of fiction.

The first flying cars will be commercially available by, believe it or not, 2017. That’s the target set by a company called AeroMobil, which is busy testing its two-seater prototype. As Science Alert reports, the car-plane hybrid is “just a little smaller than a limousine,” and has a top flying speed of 200 kilometres an hour.

Assuming all goes well and flying cars become available, all you’ll need before you climb into the driver’s seat is “some sort of pilot’s license” and about two-hundred grand. But don’t let the requirement for a pilot’s licence fool you. No matter who’s at the controls, flying vehicles pose a problem that will make the issues with drone safety look like child’s play.

First there’s the obvious question of traffic. Flying cars won’t be cruising along at the same altitude as passenger planes but the two will have to cross in airspace when those commercial flights take off or land. Which means they’ll add another layer of complexity to the already crowded air traffic that needs to be carefully controlled by flight towers. Along with the millions of planes, helicopters, and balloons that travel the crowded overhead highway every day, air traffic controllers will now have to keep tabs on dozens (or hundreds) of small, low-flying, short-haul vehicles.

Then there’s plain old distracted driving. A flying car will, of course, have the same equipment as a standard car. Speedometer, GPS, stereo. All the standard distractions, plus the potential for cell service and Internet.

But hold on a minute. Let’s give flying-car pilots the benefit of the doubt. Let’s assume that they’re well trained, fully licenced, and diligent. Given those conditions, there’s no reason to assume that a flying car is any more dangerous than a small plane operated by the same person. Read on for a few eye-opening facts about that.

According to Canada’s Transportation Safety Board, there were a total of 290 Reportable Aviation Occurrences in 2012. Of those, only 72 involved commercial aircraft. What caused the majority? Private aircraft, with a total of 208 out of those 290 occurrences. The problem exists in the US as well, with the Washington Post reporting that “most planes that crash are small and private.”

The reasons that small aircraft are at higher risk comes down to common sense. Commercial pilots fly for a living, not a hobby. In fact, amateur pilots “don’t have to log as many flight hours to be certified.” Besides differences in experience and training, amateur pilots might not have the knowledge or money to keep their aircraft (or flying cars) in top mechanical shape. They might not have access to safe or well-maintained runways, which increases the odds of a mishap during takeoff or landing.

In short, even if flying cars are flown by licenced amateur pilots, It’s a group that has a proportionally high accident rate?whether That’s from human error or mechanical failure.

So, besides the cool factor, do flying cars really add any value that cars and planes don’t already provide? Not yet. Not until we need flying taxis to get around in skyscraper cities. Maybe by then we’ll have perfected an army of robots to fly them.

The Study Dude—Study at AU and Quickly Become a Pilot?

International News Desk – At Home: Flying Bear – Around the World: Listen to Me 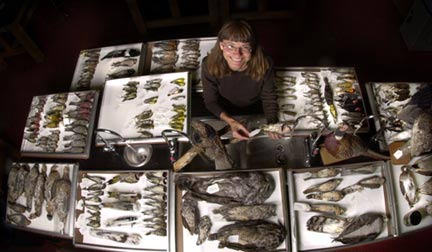 AU for the Birds?