“How do you defeat terrorism? don’t be terrorized.”
– Salman Rushdie

We take a taxi to Denden to meet a friend at an outdoor café before searching for another taxi to take us to Bardo, the site of the March 18 terrorist attack that resulted in the deaths of 23 people?19 of them tourists from Italy, Colombia, Poland, France, Spain, Japan, and Australia?and injuries to many more.

Little do we know that last night in Gafsa, my husband’s hometown, Tunisian security forces killed nine members of the Okba Ibn Nafaa Brigade (a jihadist group alleged to be connected with the Bardo attack), including its leader, Lokman Abu Sakhra.

Unaware of all this, we’re looking forward to the protest. It’s a gorgeous, cool, sunny spring day, the kind of weather exiled Canadians adore, sandwiched in as it is between the Maghreb’s cold, rainy winter and its summer’s sickening heat.

Taxis are cheap in Tunisia and a frequently used means of transport; you can ride for 20 minutes for the equivalent of two or three Canadian dollars, and there are cabs everywhere, night and day. But today the cabs are refusing to go to Bardo because the crowds are making the town unapproachable.

We try the metro? same thing. And parking in Bardo now is out of the question, so no calling a friend to come get us; no wheels are rolling toward Bardo today. We start walking along the metro tracks. Other pedestrians join us, and the closer we get to Bardo the more crowded the tracks become.

Bardo is heavily guarded by police and special forces, lounging at street entrances and brandishing rifles from the roofs of buildings. We inch our way through the crowd toward the Bardo Museum, the site of the attack and thus the site of the protest. There oodles of people wave flags, wear flags, hold signs, chant, “Tunisia is free! Terrorism out!” and sing the national anthem.

One man holds a palm frond (symbol of victory), an olive branch (symbol of peace), and a Tunisian flag. People hold photos of loved ones murdered by Islamic extremists since the Jasmine Revolution that began at the start of 2011. There are people of all ages, all races, all styles of dress, and all religious and political persuasions.

People are holding signs sporting, “I am Bardo,” and other expressions of solidarity. I make a sign that says, “I am Canadian. I am Bardo. I love Tunisia.” After this, many people ask to take my photo or to have their photos taken with me. Others thank me sincerely for my support.

Later, on television, we see a news segment in which people the world over express their defiance of the terrorist agenda to destroy the tourist industry on which the Tunisian economy depends. How are these foreigners showing their support? By pledging to visit Tunisia as soon as they can.

The irony is heartening; instead of driving tourists away, the attack has brought more publicity to Tunisia and made her fans more determined to join forces with her against extremism.

All of this has really brought home the existence of two Tunisias. There’s the one on the ground?politically polarised and disorganised, apathetic in the face of urgent necessity and passionate in the face of trifles, economically mired, and clouded by a general malaise.

But Tunisia has another reality in the world’s eyes, a view of which more Tunisians should be made aware.

Tunisia has for years been the vanguard of the Arab world in terms of women’s rights and freedoms, democratic values, and a commitment to living in peace with different cultures and belief systems. Tunisia’s was the first revolution of the Arab Spring and It’s reputed to be the only Arab Spring country to have made concrete progress toward building a just society. Hard as it is to live here, this nation is a pint-sized hero whose story has been writ large for the benefit of activists and freedom-lovers everywhere.

Here’s hoping that the sense of hopelessness on the ground can be lifted a little as Tunisians become more keenly aware of how lovingly the world is watching. 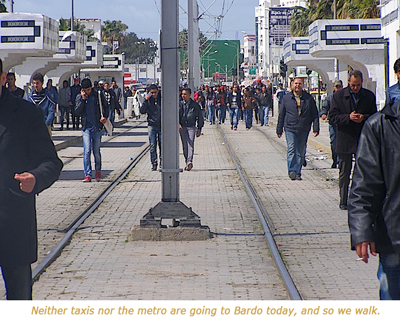 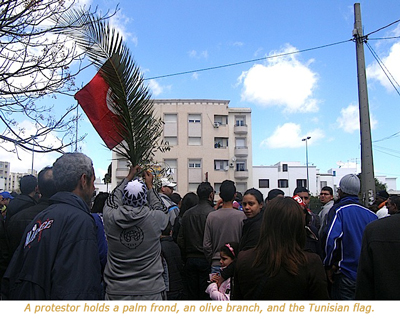 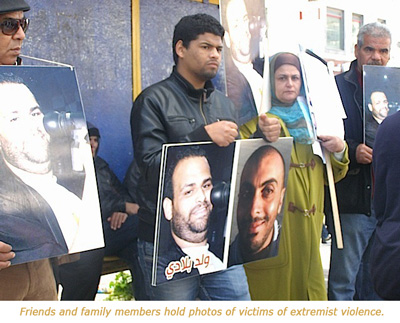 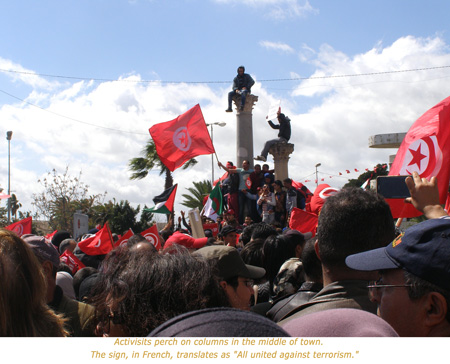