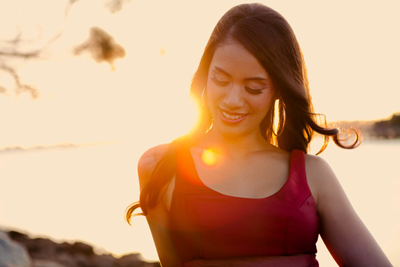 It’s not often that I am instantly a fan of a musician. I typically need a few songs to decide whether or not I like them, and if I decide that I do it is usually because they do something different, use elements that I like, or are inspired by something more than pop culture.

With the first note that Shameem sang, I was instantly a fan. Not only is her voice soft and sultry, but her lyrics are full of truths, experiences, and wisdom. She even shares her inspiration for her songs on her website, which I absolutely loved.

The Second City is Shameem’s second album. Coming from Perth, Australia, Shameem presents her audiences with a unique perspective in her songs, with most being inspired by socially conscious messages, her Chinese-Malaysian and Iranian heritage, personal stories, and spiritual influences.

Shameem’s music is an eclectic blend of sounds, typically Jazz, R&B, Gospel, Reggae, and Funk, and when combined with Shameem’s angelic voice, the result is extraordinary music. Often compared to Alicia Keys and Sade, I also find that she reminds me of Esthero.

What strikes me most about this album, apart from the music, is the clever arrangement. The album is divided by an intro, interludes, and outro. This groups the songs together, however I’m not sure how they are grouped and I don’t want to speculate. I just really enjoy this unusual feature not often used on albums.

Each song is guided by a powerful message, and I find it hard to pick a favourite. However, I absolutely loved “Expectation”. Perhaps it is because the song defied every expectation, pun intended, that I had for this artist. The song is still very much inspired by R&B and Jazz, but there is also a Funk, Electronic, and Rock sound. Even when Shameem’s singing makes the transition to a harder rock sound the transition is seamless and beautiful.

“Intro – A Lover Is He (featuring Shidan Toloui-Wallace)” is actually the tenth track on the album and features a beautiful Persian chant that absolutely melted my soul. The following song “Chill in The Fire (featuring Shidan Toloui-Wallace)” is inspired by a book written by Baha?u?llah in Farsi titled The Seven Valleys. Although the song is absolutely stunning without knowing Shameem’s inspiration, the story behind “Chill in The Fire” elevates the music to something more of a spiritual experience.

“Outro – Giving Thanks” finished the album off perfectly with an unpolished version of the chorus from the previous track “I Give Thanks”. Once again, I think that this showcases the wonderful arrangement of the album, and the desire of Shameem and the album producer to create an album that was more than a collection of songs. This added touch makes The Second City a special experience and journey for the listener, more so than a passive listening experience that the average music album offers.

Overall, I absolutely loved this album because listening to the music feels more like a journey and a way to see the world through someone else’s eyes, and realize that we as people all share a common heart and wish for love and peace. The Second City is available on iTunes, and if you find yourself in Toronto on the 9th of May, Shameem will be playing live during Canadian Music Week. 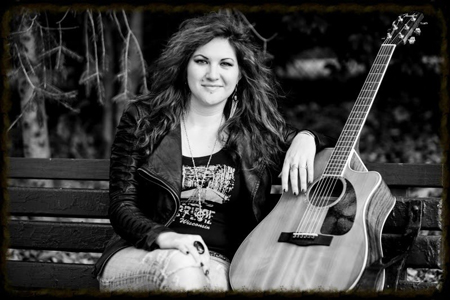