News & Events
The Voice
Click of the Wrist – Sculpted 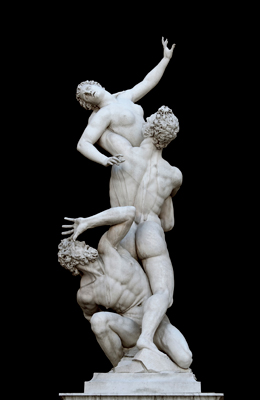 Summer’s on its way, which means soon sand sculpture artists will take to the beaches to build marvelous, if ephemeral, works of art. But while you’re waiting for it all to unfold, take a look at these artists, who use unusual mediums to create incredible pieces. From undersea sculptures to edible art, you’ll be awed, inspired, and?in one case?perhaps a little grossed out.

Under the Sea
For artist, naturalist, and diver Jason deCaires Taylor, an underwater sculpture museum was the perfect way to combine his three major interests. His sculptures, which are resting on the ocean floor not only in his museum off the coast of Mexico but in other underwater locations around the world, are designed to mesh with the natural environment and become “living breathing coral reefs.”

On the Move
Static sculpture is one art form; kinetic, or movable, sculpture is another. Philadelphia’s Kensington Kinetic Sculpture Derby is an event where local artists parade their unique rides, often created from recycled materials and found objects. Click the link for videos of previous festivals (the most recent was last weekend!).

Eat It
Zombies, be warned?these works of art may look like human remains, but they’re actually bread, carefully crafted by a Thai baker-artist whose creations are shaped like decaying human body parts. Lost your appetite? Despite the realistic-looking gore, it’s still bread?and the artist wants you to eat it. As he said in a CNN interview, “I want the audience to feel involved. I tried hard to make the artworks . . . flavorful.” 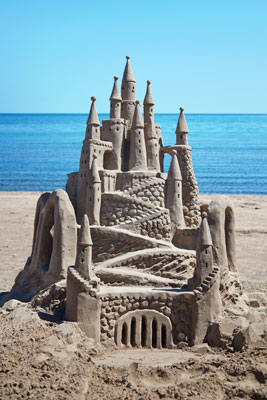