Articles
The Voice
The Abject 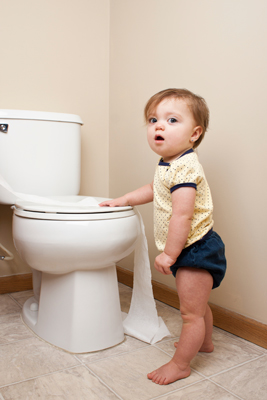 A sheet of paper flew out the window of my family’s Volkswagen Jetta as we emitted screams of delight. As it whipped out of sight between traffic and raindrops we realized what we’d just done. We’d been warned not to release our newfound toy, which flapped noisily in the wind, and we’d broken the rule barrier anyway. As a band aid floating to the surface of a swimming pool, or a dead fish washing up onto a beach blanket, codes of conduct had been, for an instant, overthrown. Playfully and gleefully we’d resisted social injunctions. Yet beneath this relatively innocent veneer (littering does hurt us all, after all!) we’d expressed a key element of what Julia Kristeva calls the ?abject?.

When something challenges our accepted norms the validity of those norms is either reaffirmed or elided. Had any of us kids been precocious enough to say so, we might have asked how important our puny piece of paper was compared to the diesel exhaust our German-built, internal combustion engine was emitting. Everywhere the bounds of normalcy reflect a thin glossy sheen of truth that is on the point of being shattered. On the one hand, many acts such as murder or theft are almost universally reviled, but, on the other, many acts can be classified only according to social context. Should theft really be a crime when your children are starving?

Julia Kristeva claims that our subjective conscious selves derive from early relations with our mother that evolve into relations with every aspect and person in our experiential life world. All outer objects are not created equally, however. Some (like matches used as a toy) are inscribed with injunctions that make them feel sinister or sensual or both. In this way, rules obtain force, yet are always on the verge of being broken. She notes that “The abject is on the borderline, and as such it is both fascinating and terrifying” (Kristeva, 1980, p. 225).

Often we are disgusted by the abject (bodily excretions and cadaver photos are clear examples) yet, just as often, we find excitement in the very edginess between self and other that the abject connotes. Kristeva adds that the “the abject is not, as we might ordinarily think, what is grotesque or unclean; rather it is what calls into question borders and threatens identity” (Kristeva, 1980, p. 225). In the search for differentiation and authenticity we are constantly bumping into borders that guide or shock us into submission or conformity. Few kids want to be labelled a young offender, so the fact that we were littering was punished was a small yet real reminder that our act could destroy our sense of being ?good kids?. At a far younger age, and those with young children know this well, bathroom decorum becomes a marker of a ?good kid? as well.

Thus, the abject begins with that which is disgusting at a primal, evolutionary level and moves outward to more ephemeral, yet socially-crucial, roles. In her essay ?Powers of Horror? Kristeva discusses an adult ?deject? whose lifestyle consists of:

“A deviser of territories, languages, works, the deject never stops demarcating his universe whose fluid confines-for they are constituted of a nonobject, the abject-constantly question his solidity and impel him to start afresh. A tireless builder, the deject is, in short, a stray. He is on a journey, during the night, the end of which keeps receding. He has a sense of the danger, of the loss that the pseudo-object attracting him represents for him, but he cannot help taking the risk at the very moment he sets himself apart. And the more he strays, the more he is saved.”(Kristeva, 1980, p. 235).

Whether this description excites or unsettles you (or both!) gives an idea of what the abject means to your individual psychological reality.

We seek to be separate from the objects of our desire but not so separate that the fragility of our consciousness is called into question. A Kristeva scholar named Anne Marie Smith notes that “in effect abject is not controlled by the (symbolic) law, but by the energy drives that, in the end, are the conditions of its possibility” (34). As kids we are driven to embrace life’s creative drive (eros) over and against life’s destructive drives (thanatos) (Easton, online).

In a worthwhile speech on the merits and drawbacks of the Buddhist goal of overcoming suffering and distress (including abjection), Slavoj Zizek reminds us that “You can be authentically enlightened in the Buddhist sense and at the same time a terrible torturer or whatever” (Zizek, online). The overt rules of philosophical enlightenment may still allow for behaviour that moralists find reprehensible. In every culture warfare explicates an exception to codes of decency, most notably murder. Zizek forcefully drives home this point when he notes that the Buddhist object of enlightenment, paraphrased by Gilles Deleuze as “incorporeal…bodiless pure phenomenon” is invoked by a traditional poem that goes:

Yet, considering that the very path of enlightenment for Buddhists involves becoming immersed and enfolded in the wonders of authentic existence, Zizek states that “If you are truly Buddhist, you shouldn’t cheat” (Zizek, online). He follows up the traditional poem with one of his own:

Toilet bowl with stale water
I sit on it
Splash.

This abject reply to the austere constancy of traditional Buddhist aesthetics is a reminder that the boundaries of enlightenment, like the boundaries of good childhood behaviour, are trickier to ascertain than one first assumes. Zizek concludes that, from a Buddhist point of view, “I have no right to cheat and say that this is not authentic” (Zizek, online). Mirthful childhood hijinks are, in fact, authentic expressions of joyous rebellion?even when they are crimes in the eyes of the law. Fortunately for our relatively well adjusted adult selves, we learned to at least abide by the letter of the law enough to keep ourselves out of juvenile detention.

The Travelling Student – The Cherry On Top