Columns
The Voice
The Mindful Bard – Banksy Does New York 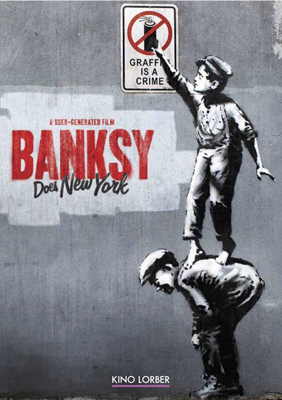 “There are crimes that become innocent and even glorious through their splendour, number and excess.”
“When you go to an art gallery you are simply a tourist looking at the trophy cabinet of a few millionaires.”
? Banksy

He didn’t apply for an arts grant. He didn’t receive an official selection. He wasn’t sent an invitation by a public institution. He had not one work in a public gallery. He simply announced that, for the month of October, 2013, he would take up an artist residency in New York City, and on October 1 started secretly defacing public and private property at the rate of one rich artistic statement per day.

As was his wont, Banksy worked clandestinely, at night, and even now it isn’t publicly known who?or what?British street artist Banksy really is. To avoid being caught he’s developed a number of ingenious ways to do most of the work in advance, including using stencils to layer spraypaint.

Banksy’s website and Instagram accounts allowed him to publicise his projects while never disclosing their (or his) whereabouts. (It seems that the only authentic signature on many of these works is his photo of the work on his instagram account.) He would also give audio commentary dissing the work, even mispronouncing his own name.

This film is the story of that month. He called the project “Better Out Than In,” the phrase Grandpa used to justify farting in mixed company. Could there possibly be a better metaphor for the kind of art that challenges the stiff propriety of the fine art establishment and the anal-retentive commercialism of big business?

Following the clandestine spirit of the project itself, the director didn’t meet or film Banksy or secretly film his antics. The bulk of the footage is made up of crowd-sourced clips from locals who videoed his art and their reactions to it.

Announcing that he would be doing one piece of art per day and not telling anyone where it was lead to a large scale scavenger hunt, with devotees walking around the city with their smartphones open to Instagram?waiting for Banksy’s announcement of a new work or announcements from other fans whodunnits’d actually found the work. New Yorkers and visitors tirelessly walked the streets looking for the latest Banksy art, hoping to be the first to discover and photograph it.

Sometimes they’d arrive at the work only to find that it had already been removed or whitewashed. It’s easy to understand why rival street artists might want to cover up Banksy’s work, but It’s amazing how property owners and public officials were so offended by paintings on ugly concrete walls that they were willing to paint over them, even though the paintings have been known to add thousands of dollars to the value of the building.

The best thing that could happen to you is to have Banksy paint something on your property. So why were these nimbobs so zealous about removing his art? Perhaps the people who painted over Banksy’s art just didn’t know how valuable it was, but the more likely possibility is that New York City real estate is becoming so costly that even whitewashed walls are more valuable than Banksy art, and whitewashed walls covered with commercial advertising are practically priceless. Such is the idiocy of the world in which our hero exercises his right to express himself.

A little reflection is necessary to come to terms with the kind of art this is. As pure art or as art-for-art’s sake, Banksy’s work falls a bit flat in the aesthetics department. But the idea behind each piece is always so beautiful that it outshines the crude execution. The public response is part of the art, and the response is more to the idea?and the maverick method of distribution?than it is to the graffiti alone.

Banksy’s works form a broad spectrum, including pithy comments spray-painted onto buildings, for example; a live diorama being driven through the city, falsely promising to deliver calm; a cartoon Dumbo getting shot out of the sky by Islamists, a truck full of animal toys noisily squeaking in protest; a concrete confessional with a painting of a despairing priest; a street side art sale in which Banksy’s art was sold for $60 a piece (the sold art pieces are now worth many times that), and a performance art piece featuring a Ronald MacDonald, with the face of an old statue of Hermes, getting his shoes shined by a bedraggled young man.

Banksy wants to show that although the “The Man” is bigger than you and me, sabotaging the system can be incredibly freeing and affirming?and, thanks to prevailing stupidity, surprisingly easy. But with “Better Out Than In” he also had a more specific mission, and that was to help out New York, the graffiti capital of the world.

What makes NYC such a vibrant cultural mecca is that the poor, unlike in other world urban centres, have dared to usurp public space to express themselves with delightful abandon and extraordinary inventiveness. The 5 Pointz section of New York, a landmark collection of old buildings covered with vibrant street art and graffiti, was to be sold to a private developer who planned to replace it all with luxury condos. It was this that Banksy wished to prevent.

He also wanted to help poor people. The official art world dismisses Banksy’s work even though art buyers love it, which is cool because his works have really benefitted poor individuals more than they’ve lined the pockets of the arts establishment or big business, who are too slow on the uptake to profit from these pieces the way the poor have done.

In one portion, for example, a couple of mechanics remove a concrete, Banksy sphinx from the auto yard where they work?an auto yard That’s about to be replaced by a strip mall?to sell to a local art dealer. The contrast of the fey art dealers negotiating with the Hispanic mechanics is a thing of beauty in itself.

The most “normal” thing Banksy did was to exhibit a real painting inside a New York store. But even then he couldn’t be conventional; he bought a cheesy landscape at a Housing Works Thrift shop and then painted in Hitler on a bench looking at the lake. He snuck the reworked art back into the same thrift shop and hung it on the wall. He called the picture “The Banality of the Banality of Evil”? a response to Hannah Arendt’s assertion that the Nazi era signified a failure to think. At auction the painting won $615,000 for the homeless in New York City.

Banksy Does New York manifests nine of the Mindful Bard’s criteria for films well worth seeing.

– It’s authentic, original, and delightful.
– It poses and admirably responds to questions that have a direct bearing on my view of existence.
– It harmoniously unites art with social action, saving me from both seclusion in an ivory tower and slavery to someone else’s political agenda.
– It provides respite from a sick and cruel world, a respite enabling me to renew myself for a return to mindful artistic endeavor.
– It’s about attainment of the true self.
– It displays an engagement with and compassionate response to suffering.
– It makes me want to be a better artist.
– It renews my enthusiasm for positive social action.
– It makes me appreciate that life is a complex and rare phenomena, making living a unique opportunity. 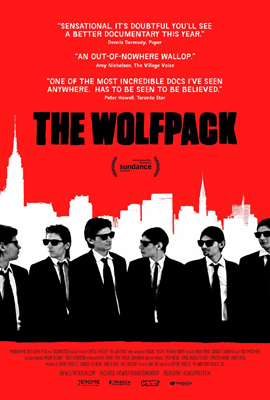 On the Hill – Generation Me