Columns
The Voice
From Where I Sit – Some Action Verbs

Sometimes, life can best be defined by adjectives.

I’m proud: that I was able to (successfully) program a seventy-dollar universal remote when the original began spazzing and sputtering during my binge watching of The Mindy Project. I had to keep my thumb on the play button to keep the images from hopping and skipping. This new unit now controls the smart TV, the satellite receiver, and the DVD player. I’ve come a long way, baby.

I’m horrified: that a pair of Canadian siblings from Saskatchewan got their fifteen minutes of fame for being stupid. I can’t understand what possesses some people to do mindless/insensitive/criminal things when on vacation, when they drink, when they’re young and immature, when they’re (fill in with appropriate justification). I don’t know which of those factors were at play when these people chose to strip on a Malaysian mountaintop but my, their parents must be proud. And siblings, yet?.ewww. That’ll be great when a prospective employer Googles a background check.

I’m heartbroken: that this week another fallen police officer will be laid to rest in a regimental funeral. Cst. Daniel Woodall was murdered by a man with mental health issues in what is becoming a much too frequent occurrence. My fear is that we will become desensitized by the frequency of these murders. We can’t let that happen. We mustn’t get used to the images of the women widowed, the children left fatherless, the parents and siblings left bereft. Police officers who daily risk it all to do their jobs deserve our respect and gratitude, even when they come safely home. When they pay the ultimate sacrifice, our gratitude must be made visible. Whether that means signing a book of condolences, tying a blue ribbon, laying a floral tribute, donating to a fund, or thanking a police officer.

I’m pleasantly surprised: that during the last of the Unique Lives speaker series, Shirley MacLaine was so damn good. I feared she’d be flaky and irrelevant, past her prime. The evening began with her narrating an hour-long montage of still photos and movie clips. (Though there were too damn many dancing clips. If we saw those gams once, we saw them thirty times.) She had no formal presentation but spent the rest of her time taking questions from the audience. Person after person lined up at the mic to tell her how she and her books had changed their lives. She had two grown men leaping onto the stage for a hug, a kiss and a butt grab. She made sense. She’s a fine example of someone who has aged well. Hers is a life well lived.

Other times, maybe some action verbs would do the trick. I’ll continue learning technology because I must. I’ll resist the urge to desecrate other people’s countries and beliefs. I’ll thank a police officer first chance I get. And hopefully I’ll grow up to be a great old broad, from where I sit. 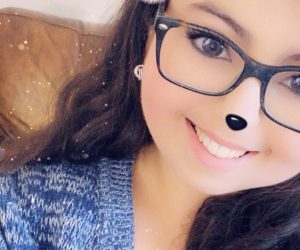