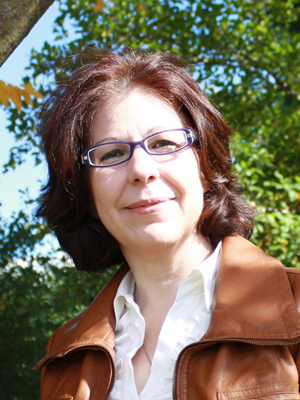 Sandra Livingston is an AU student from Ontario, who divides her time between Newmarket and Kingston. In addition to being a regular contributor to The Voice Magazine, Sandra is the author of several books. Her next book, A Queen’s Revenge, will be coming out in February 2016. Sandra is in AU’s BA program, majoring in history.

The Voice Magazine recently interviewed Sandra about writing, queens, and following your dreams.

Whereabouts do you live?
Right now I’m in Kingston. My husband teaches in the Yukon, so during the school year I live with family in Newmarket. That keeps me close to our children and grandchildren. In the summer, we spend our time at our place in Kingston.

Do you work in addition to taking courses?
I’ve worked all my life doing writing, editing, and managing internal communications and company intranets. I spent several years working for Magna International. After taking an editing course at Ryerson University, I saw an ad for the editor’s position at The Voice and I became the magazine’s managing editor for three years.

Following that, I took the plunge and began writing books. Right now, I divide my time between AU courses and writing. Periodically, I do some contract work in writing and communications.

Which program are you in at AU?
I’ve changed my major twice. I started at AU in 2002. I’m only taking two courses per year, one at a time. I think this will be the longest BA in history! I started out majoring in Communications Theory. Despite my background in communications, I eventually realized this wasn’t the program for me. I switched to an English major, even though I lost quite a few credits from my PLAR in the process. I figured it was better to be at the bottom of a ladder I wanted to be on, than half-way up one I didn’t. Later on, I took a few history courses as electives. I realized that my passion was history, so I changed majors again. I now have seven more courses to go for my degree.

I find that, with university courses, you don’t just learn about the material, you learn about yourself and where you want to go. Learning helps you clarify where your interests lie.

Describe the path that led you to AU.
Years ago when I was a young parent, university seemed like another world. It just didn’t seem possible to find the time or the money. I took a few odd courses over the years, and in the mid-to-late ?90s I took some English and editing courses. I enrolled in a journalism program at Seneca College, but the program was cancelled before I could finish.

I heard about AU from a friend who is an administrator at Ryerson. I had never heard of AU. Up to that point, a university degree seemed an impossibility. I researched AU and then registered for my first course. It was great that I could go to university without giving up my job or having to travel to another city.

What do you do like to do in your leisure time?
I love writing, obviously. And I love to travel; we’ve always been very mobile. I spend some time in the Yukon each year, and on March breaks we pick a random place to visit?last year it was Charlotte, NC. We’ve also travelled to London, and to France. I’d like to visit Ireland and also Australia.

What happens after you finish your education?
Well, my husband has me thinking about pursuing a masters degree, but I want a year or two with no textbooks first. Whatever I do will probably combine history and travel. I started my studies purely for personal growth. Now, I realize that historical fiction is the genre I want to write in. I’m at the point where my education and my writing have come together.

Who in your life had the greatest influence on your desire to learn?
My husband, absolutely. Even in his twenties, with a job and young children, he was taking evening courses at Concordia to earn his first degree. When he got laid off a few decades later, he decided to pursue his dream of becoming a teacher. He went back to school and got his B.Ed while in his fifties. He’s a big believer in learning for the sake of learning. He’s the one who encouraged me when I was wondering if it was worthwhile to go back to school. “Why wouldn’t you do it?” he said.

What famous person, past or present, would you like to have lunch with, and why?
Without a doubt it would be Queen Elizabeth I. She is such a fascinating figure. She was a strong woman at a time when women were not allowed to be strong. She managed to survive in a political landscape in which it was difficult for anyone?man or woman?to survive.

Describe your experience with online learning so far.
I love that it gives me opportunities I wouldn’t have had otherwise. It really opened up possibilities for me. And the flexibility means I can study even when I travel north or across the country. I’ve always been an independent learner, so AU’s independent study works for me. However, the closer I get to completing my degree, the more I realize that It’s easier to absorb and retain information when there are other students around.

Have you had a time when you wavered about your education?
Oh, yes. I took the Industrial Revolution course and had difficulty getting through the textbook; it was written in such a ponderous and academic style. When I was halfway through I thought the course would do me in. I wondered, “Is it really worth all this effort?” I almost threw in the towel. I didn’t know if I could finish it but my husband encouraged me to keep going. I ended up applying for the maximum number of extensions and handed in the final assignment four days before the last deadline. Having had that experience, I think I would tell other students to find a way to get past the rough patches.

What’s your most memorable AU course so far, and why?
It was my very first course, PHIL 252, Critical Thinking. At first I hated it, but now I love it. PHIL 252 really changed my brain and opened up new ways of thinking for me. It was a difficult course with concepts that were foreign to me. I had to completely focus on it, and I looked up additional materials online. Now I recognize it as a valuable course; it really opened a window for me.

Describe the proudest moment (or greatest accomplishment) in your life.
It’s not a single moment, but I’m going to say my family. It’s been satisfying seeing my children find the things they love to do, and watching my husband head out the door on his first day of teaching school at age 56. It’s just been great watching everyone discover where their interests are and then follow their hearts and pursue what they love.

Have you given up anything to go to AU? Was it worth it?
Nothing. Going to AU has been such a great opportunity. I’ve been at it for 13 years, and It’s taken time and money. But I haven’t given up anything of greater value than I’ve gotten out of it.

If you were the new president of AU, what would be your first project?
It would be a big project, but I would institute a plan to go through all the course materials and textbooks to make sure they are written in a way that students can understand. It’s essential that these materials communicate to students in clear, plain language. If the writing is not getting the message to the students, It’s undermining their efforts to learn.

If you could wake up tomorrow with a “superpower”, which one would it be?
I would want the ability to travel through time. After my lunch with Elizabeth I, I would go back in time to witness the great events of history, and the small events, too. Then I would come back and write about them to make people’s stories real.

If you were trapped on a tropical island, what 3 things would you bring?
First, I’d want a satellite phone, so I could call for help. Second, I’d like to have somebody with me who was super-handy, who could build shelters and such and hunt for food. Finally, I’d bring a library (this would need to be a big island.)

Describe one thing that distinguishes you from most other people.
Well, about 30 years ago a friend told me, “You have a way of expressing an idea, of explaining things, in a way that makes people get it.”

What is the most valuable lesson you have learned in life?
To be patient and to persevere.

What do you think about e-texts?
I thought I would love them, but I hate them. I’m all about technology, so I was enthusiastic about e-texts and looked forward to them. Now that I’ve used them, I realize e-texts are not an optimal method for study. I find I don’t absorb the material as well, and I find e-texts harder to navigate than regular texts.

How do you find communications with your course tutors?
99% of the time It’s been awesome. There have been a couple in particular who were enthusiastic and approachable. I’ve had the occasional tutor, though, where we just didn’t click.

Where has life taken you so far?
Besides the places I mentioned earlier, It’s been mostly within Canada. I lived in the Yukon, and a remote community in northern Saskatchewan, and I spent almost four years in Newfoundland. My children and grandchildren are in the Newmarket area, so now I divide my time between there and Kingston, where my husband joins me during his summer break.

What (non-AU) book are you reading now?
I’m reading The Guns of August by Barbara W. Tuchman. It’s a Pulitzer Prize-winning book about the outbreak of WWI.

Any summer plans?
I plan to lay low for the summer, spending time with my family. I’ll spend time with my husband and my grandchildren, and drink coffee on the deck. And I’ll be finishing my latest novel, A Queen’s Revenge, which is about Queen Boudicca.

Final question: you’ve been writing for The Voice for years, how has that experience been?
I’ve been writing for The Voice since 2002, almost from my first days of being a student at AU. I think It’s important to have a variety of student voices. There were some views expressed a few months ago that the magazine should be all about educational issues, but I don’t agree. If a history student writes about historical figures, for example, and an IT student writes a tech column about tech trends, then other students can benefit. It’s also the opportunity to give something back to the AU community. And, since many writers are students, the pay they receive for writing for The Voice ends up back at AU when those students pay for more courses. 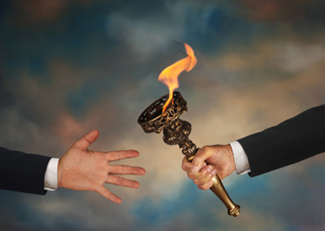