Articles
The Voice
Writing Away From it All

Many people dream of a little cottage away from it all. A place to retreat from the world for a time, gather one’s thoughts, and maybe write a little. A little Walden Pond of one’s own.

If you’re a writer, this dream could be closer than you think. A writers’ retreat may be just the thing you need to give you time and space for writing, and to advance your writing career.

Writers’ retreats, in general, are small houses or other accommodations offered up as a quiet place for writing, away from it all. The retreats are hosted, in some cases, by arts or heritage groups, and some are former residences of writing luminaries. You can find writers’ retreats across Canada and beyond. Qualifying criteria vary widely, as do financial arrangements. Some retreats charge a weekly fee, while others, including those listed below, pay a stipend to the writer and will sometimes assist with travel costs.

Here are a few notable Canadian writers’ retreats for published writers that provide remuneration to the writer-in-residence:

Al Purdy’s A-Frame. Al Purdy was one of the great Canadian poets (if you took ENGL 212, you’ll remember The Country North of Belleville.) The A-frame cottage he built on the shore of Roblin Lake, near Ameliasburg, Ontario, became a meeting place for writers of all stripes. The cottage now hosts a writer-in-residence program for part of each year. Applications are usually taken in the fall, with the line-up of writers announced in the spring. Writers selected receive $2500 per month during their residency, and travel expenses are paid. In exchange, resident writers are expected to give one public lecture or reading during each month of their stay. Visit www.alpurdy.ca for more details.

Berton House Writers’ Retreat. Pierre Berton was a journalist and a prolific author; he’s especially known for his Canadian histories, such as The Last Spike. This retreat is Berton’s childhood home in Dawson City, Yukon. The house is offered for four 3-month residencies per year. Each writer in residence receives a $6000 honorarium, and travel expenses are paid. Resident writers are encouraged to interact with the community during their stay. The deadline for applications for the 2016-2017 resident program is October 2, 2015. See bertonhouse.ca for details.

Haig-Brown Heritage House. The heritage house of Canadian writer and conservationist Roderick Haig-Brown, in Campbell River, BC, offers five-month residencies for writers each winter. Applications for the winter of 2016-2017 must be submitted by January 15, 2016. The resident writer receives a stipend of $2000 per month, and up to $1000 is provided for travel expenses. Writers are expected to spend 40% of their time on community engagement activities; the remaining time is for their own writing projects. See www.haig-brown.bc.ca/writer-residence for more details.

These writers’ retreats are generally geared to writers who have already published at least one book, with the Al Purdy writers’ residency in particular focusing on writers in the early stages of their career. If you are a published writer, you might consider applying for one of these residencies so that you can work on your next writing project in a place of quiet retreat. If you’re still working on?or dreaming about?your first book, knowing about these attractive retreat programs may give you the impetus you need to get your first project finished. 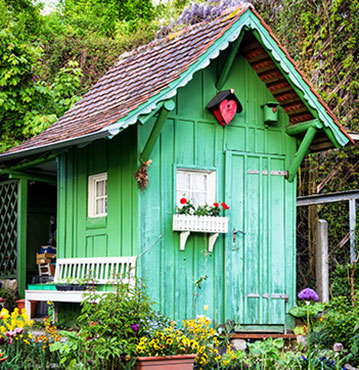 Man Caves, She Sheds and the Art of the Personal Sanctuary 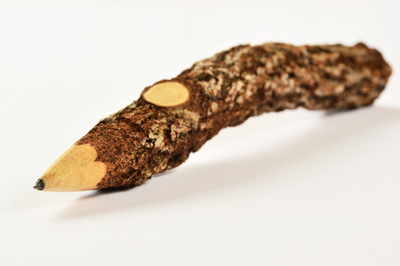 A Room of One’s Own – Finding Writing Space and Inspiration