Instant replays are great. They leave no doubt about whether the puck went into the net, or which horse won. And they’d be incredibly helpful in all kinds of situations, like proving what your contractor promised he’d do. Now an app called Alibi can do just that, recording your life 24 hours a day. The only trouble is, the data might disappear before you can use it.

Ryan Saleh is the co-founder of Alibi, and as the CBC reports, his app “works in the background to record audio, video and location 24 hours a day, seven days a week.” we’ll get to the privacy concerns in a minute, but there’s no doubt that this app could prove invaluable.

For instance, suppose a boss or co-worker is harassing you. Having a recording to prove your case could mean keeping your job, or at least getting your rightful severance pay. Or imagine that a friend borrowed money and then denies it. Or You’re at a peaceful protest and the police get heavy-handed.

In all those situations, and countless others, you can’t always anticipate the need to turn on a recording device. But it can be a lifesaver to have it running in the background, ready and waiting for you to hit the Save button. The app then hides the file in a safe location on your phone where no one else can access or delete it.

Another bonus? As Saleh told the CBC, pulling out a recording device can cause an already tense situation to escalate, whereas Alibi’s “surreptitious recording” can help avoid that.

There are, of course, some privacy concerns. In Canada, you can legally record a public conversation that You’re part of, including any interactions with the police. The same thing generally applies in the US.

Private conversations are a different thing, but you might be surprised to know that in Canada It’s not necessarily illegal for someone to record their private conversations without telling you. As this article on the MacLean Law site notes, It’s legal as long as at least one participant in the conversation knows It’s being recorded?even “when such recordings are used for evidence purposes at trial.”

What you do with that recording could be illegal. And intercepting or recording a conversation You’re not part of is a criminal offence.

So an app like Alibi becomes more an issue of trust. Should you tell every person you encounter that You’re recording them? If you don’t, can friends and family trust you not to share their private words with others?

Obviously, there are plenty of other apps and devices that present the same privacy concerns. Text messages can be saved and broadcast on social media. Smartphones, digital recorders, and tablets can easily have their built-in recording features turned on.

In short, if someone has malicious intentions, there are a hundred other ways they can record video or audio without you knowing it. Alibi doesn’t present any more of a concern than those other methods do, and it has the benefit of being there even in unexpected situations where you might not have time to start recording.

If there’s one big shortcoming with Alibi, It’s the one-hour recording limit. After an hour, the app automatically deletes the data and starts fresh. As well, the company doesn’t store any of the previous recordings.

That’s great for not using up tons of memory on your phone, but if you find yourself in the kind of situation the app is most useful for, It’s also possible that you won’t be able to open the app and save your file. Suppose You’re taking part in a protest. Things get out of control and you find yourself injured or in the hospital. Will you be thinking clearly enough to remember that you need to archive a recording before the hour is up? If you get arrested (wrongfully or not), will you have access to your phone? If you get into a traffic accident or confrontation, it could be several hours before you calm down enough to remember you’ve got a witness in that app you installed several months ago. But by then It’s too late.

In this age when so much data about our lives is recorded, Alibi isn’t really an alarming intrusion. And the technology could be a real boon if you ever need it. Just remember?you might not be the only one with a silent witness in your pocket. 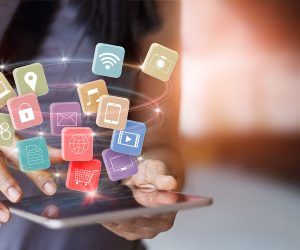 Why Isn’t There an App for That?

Primal Numbers – A Step Too Far