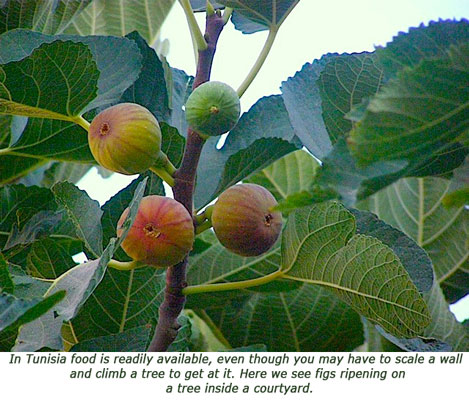 “Of all the trade’s that’s going, sure begging is the best
For when a man is tired, he can sit down and rest
He can beg for his dinner, he has nothing else to do
Only cut around the corner with his old rig-a-doo.”
– Irish folk song “The Little Beggarman”

Every country has them. If you’ve ever counted yourself among them, you have the benefit of humbling memories you can trot out when you get feeling too uppity. In countries that boast a dearth of panhandlers, be sure they’re just hidden from the eyes of the rich, and in countries where we footloose bohemians can’t see anyone begging on city streets, we must wonder what the secret police have done with them all.

Before moving to Tunisia my experience with beggars had been limited first to fellow Nova Scotians bumming gum and smokes, and then to homeless, urban elderly and young dropouts in Halifax, Boston, and Montreal. My response was usually to provide a little food and drink and a friendly smile, almost always met with intense gratitude.

In Tunisia I’ve seen the elderly, people with physical and mental challenges, and women seated on the sidewalk with children on their laps, even on very hot days, hands extended, pitiful gazes directed at passersby.

The immediate assumption is that we in the west are better off than middle eastern and African countries because our gross domestic production is way bigger. But does this translate into better economic equality and a safety net that works?

I’m not so sure. I’ve learned that the Tunisian suppliant is not nearly as badly off as his or her Canadian equivalent. I haven’t yet found an adolescent or young adult begging on the street; I’m guessing it’s because here most young people have huge extended families, and daily requests for money from family members are just expected.

For another thing, Tunisians don’t have to worry about dying of hypothermia; the winter is cold and damp, but not freezing, and there are plenty of abandoned buildings to cocoon in when it rains.

Neither do Tunisian street people need to worry much about starvation; in Tunisia food is readily available even though you may have to scale a wall and climb a tree to get at it, or settle for food that’s of less than gourmet quality. Needs are limited to cigarettes, quality food, clothing, and medication.

One day I was walking down the street when a woman I passed smiled and greeted me. I smiled back, returned her salam alaikum, and kept on walking. After a while I could hear someone behind me, panting, and?was that a whimper? She caught up with me and began, looking terribly ashamed, “Madame?”

She was a large middle-aged woman, wearing the traditional hijab (head-covering), djebba (long, loose dress), and a friendly face. She told me that her son was ill and she needed money to buy his medication. Her suffering looked genuine, so I helped her out.

Afterwards my husband warned me that people like this were often part of cells that targeted sympathetic foreigners. Maybe, he suggested, someone had seen me give money to someone else and had sent this kindly-looking woman to hit me up. He suggested that if in doubt, from now on I shouldn’t give more than a dinar (around 65 cents Canadian).

Not all suppliants are this gracious or grateful. We were often accosted at the souk by a gaunt elderly woman with nothing left in her gums but two dog teeth. She appeared to suffer from a psychological malady. My husband would give her money but she would demand money from me as well (because everyone knows foreigners are loaded). She’d only leave us alone after my husband told her I didn’t have any money with me.

One day I was walking down the street by myself when she approached me, hand extended, with the usual “Atini! Atini!” (Give to me!) I gave her a dinar and went on my way. When I returned from my errands she approached me again. This time she grabbed my sleeve by the shoulder, almost hard enough to rip it off, and forced a hard kiss on my cheek.

Against my husband’s advice, I gave her ten dinar. But it wasn’t enough. After grabbing me again and planting another forceful kiss on my upper arm, she demanded more. I got away as fast as I could.

Later, reflecting on the incident and knowing I would have to return to that same street sometime in the near future, I decided I would no longer leave the house without snacks in my bag, just as I had done in Montreal. I just didn’t know whose demands were legit, and my budget had no room for benefit of the doubt.

A few days later I returned to the same street, where my old pal quickly chased me down.

I’d left the house with a banana, an apple, and an orange in my purse. I’d already given the banana (which was politely accepted) to a woman with a small child. As soon as she was within reach I handed this woman the orange.

My stingy Canadian blood started to simmer. I silently said, Honey, you just don’t need anything from me.

My righteous wrath was later confirmed when I saw her smoking. Addictions are sad, but not sad enough to loosen my grip on my wallet.

In spite of my annoyance at her wastefulness and ingratitude, I felt relieved. In the face of the colossal and heartbreaking needs in the world today, it’s good to know that some people are doing well enough to throw away oranges.

From My Perspective – Pets & Other animal encounters