Adding fresh energy to the punk/rock genre can be difficult. Most of the time the music sounds like a rehash of The Clash or other 80s punk bands and doesn’t bring anything new to listen to. Yet in the realm of indie pop there is a band?a band that has not only been trying to revive the punk/rock genre, but they are creating music that both pays homage to the sounds of days past and adds a modern electronic twist.

Glamour Assassins formed in New Haven, Connecticut and is now playing several venues in NYC. They remind me a little of the band Panic at the Disco, but their sound is so unique that I find it difficult to compare them to any other bands out there. Glamour Assassins uses the traditional 80s synthesizer punk sound with drums, guitar, and sober singing, but at times they also use a more modern electronic sound that also reminds me of the 90s band Chumbawamba.

Perhaps the most genre-defying and divergent song on the album is “London Fog”. The song begins with an epic-feeling electronic intro that slowly evolves to include drums. Then the music shifts to a modern electronic sound that lovers of pop and punk will love. The lyrics are simple, but intense, with singing that sounds both restrained and yet ready to burst fiercely from its confinements if given the chance. “London Fog” is my favourite song on this album.

“Sex Life” and “Phantom at the Disco” include ingenious electronic effects with traditional punk music that flints into a strong rock sound at times. The effects in “Sex Life” remind me of Tesla coils giving the song an electrified tone, and “Phantom at the Disco” showcases several effects that are reminiscent of older punk music, but the sound rises above its origins and creates something truly remarkable.

Overall, if you are a fan of Electronica, Punk, Dance, or Rock, I highly suggest checking out this album. The sounds are fresh, unique, and brilliantly honour the popular elements of 80s punk music. Ain’t So Young will be released August 7th and is available for pre-order on the band’s bandcamp page. 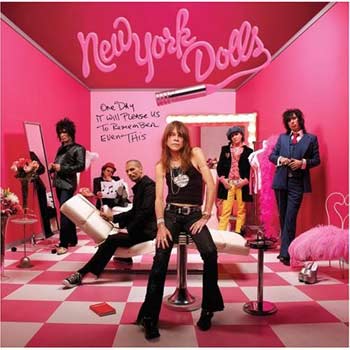