News & Events
The Voice
Click of the Wrist – To Beer 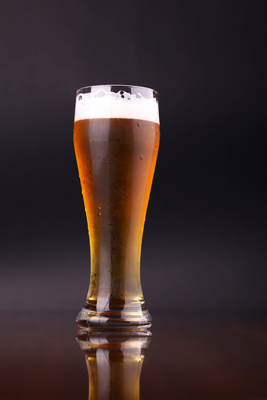 To beer or not to beer? It’s hardly surprising that International Beer Day (August 7) falls around the dog days of summer, when the need for refreshment is at its greatest. Grab a cold one from the fridge and celebrate with this week’s links!

A Taste for the Weird
If craft breweries no longer excite you, don’t worry?there’s a whole new beer frontier to be explored. mental_floss showcases a few of the strangest beers you’ve never heard of, including one served inside a taxidermied animal (really!) and one made from barley grown on the International Space Station.

Mythbusters
Is stout actually heavier? Why is lager less expensive than other types of beer? And what’s the deal with the two-step Guinness pour? Paste magazine takes on the myths.

The Old Fashioned Way
Want to try beer like they made it in the old days?the very old days? A group of archaeologists from University of Chicago used a 5,000-year-old recipe and ancient brewing methods to create an authentic, and definitely old-fashioned, beverage. Unfortunately its vinegary taste was “too sour for the 21st century,” they said.