Columns
The Voice
In Conversation with Marlowe Grey, Part I

Marlowe Grey is an alternative band based in Brooklyn, known for passionate vocal expression, sensitive soundscapes, and meticulous songwriting. They’ve just released “Sugar Plum Fairy,” a preview track from their EP, Midnight in Brooklyn, which will be released this fall. The band will be following the EP with an LP in the next year.

Says the band’s singer, songwriter, and guitarist Anthony John Pietro the song’s title refers to old Beatles bootlegs in which John Lennon would start his takes by saying “sugar plum fairy, sugar plum fairy,” instead of the traditional “one-two, one-two.”

Recently Pietro took the time to answer Wanda Waterman’s questions about the role of music in his life, inspiring moments, and what It’s like to share a studio with giant crickets.

The Role of Music
Music has been the reason I’m still active in modern society [laughter]. Good records and songs literally transitioned me on through and into adulthood. As a kid, I would steal records from the grown-ups to listen to at night over and over again.

I would sit in my parents? car after they got out with just the radio on, listening to Billy Joel’s The Stranger or Year of the Cat by Al Stewart. The Beatles, of course, Led Zeppelin, even freaking Air Supply or the Bee Gees. I can’t possibly count the number of times a great song literally stopped me in my tracks so I could hear it.

How I Learned to Work For What I Wanted
To be honest, I’m a working-class son born to an off-the-boat Italian immigrant father, and I didn’t know about his hard times because he worked so hard to make sure our childhood was easier than his. But that also meant that I was no stranger to working for the things I wanted to do or be good at. So I’m an all-self-taught musician and trained by ear. I’ve have had my hands dirty and callused through practice, practice, practice.

Biggest influence? Clearly my father was, and still is, my biggest influence in every way. He passed away last year and that sucked hard. Yet he’s still teaching me to appreciate things daily.

From Micro to Macro
I love the experience and process of creating from micro (a song lyric or part) to the macro (a finished album). For one, sitting with a guitar, rolling tape, and just letting melody and energy channel into some moody sketch that usually becomes a Marlowe Grey song. Then taking that song to the band and adding or jamming on layers to breathe more life into that melodic, mostly structured, sketch. Then, finally, putting a cap on that sketch via a completed and mastered song and getting to sit back with a glass of wine or beer and just listen to it. And, each experience is so similar and so totally different, which is exciting because It’s always kind of comfortable and yet new.

Hitchcock’s The Crickets
I had the pleasure of being able to stay at our producer’s studio when he was away in Europe a few years ago, and I found his secret stash. He doesn’t smoke weed much (nor do I), but he had some and it was like 4:00 a.m.

So I smoked some and decided I was going to try to write some songs in the studio and see what I could come up with creatively. Because it was a basement and it was the middle of summer, there were these giant crickets there. Every now and again one would be hopping around in the middle of the floor on the carpet while I was rolling tape. You can imagine what being in a dark studio at 4:00 a.m. and high as kite might be like for me … I swear to this day, those crickets were coming to get me!
(To be continued) 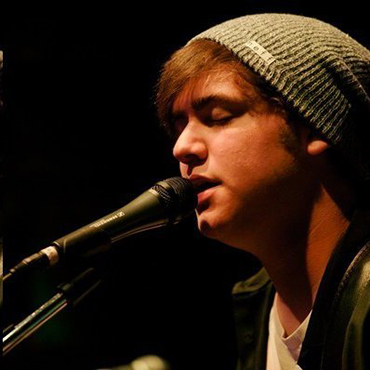