Articles
The Voice
Gone Reading – Catching up on Y/A Books

I was born with a book in my hand. At least it seems that way. I can’t remember a time when I wasn’t reading. During my youth, I read everything I could get my hands on. I grew up with Laura Ingalls Wilder, Trixie Belden, Nancy Drew, and a host of others that lived and breathed in books. I read by streetlight and by flashlight. Two fingers are permanently bent from holding books open with one hand.

CBC Books recently put out a list of “100 Young Adult Books That Make You Proud to be Canadian.” Anticipating a trip down memory lane, I scanned the list for familiar titles. I was expecting to see dozens. I saw three. Of those three, I had read only two in my youth; the third I read two years ago.

Anne of Green Gables, by Lucy Maud Montgomery, I discovered, appropriately, in Charlottetown, PEI. Somehow, I had arrived at the age of eleven?Anne’s age?without having heard of her. On a family camping vacation to PEI, a big treat was to attend a performance of Anne of Green Gables at the Charlottetown Festival. Despite my crushing disappointment to find that it was a live performance and not a movie, I fell in love with Anne. My mother bought a set of the first three Anne books from a sidewalk vendor after the play. Those copies have been read to tatters. I now have new Anne books, and, almost four decades later, I still read them periodically.

Lost in the Barrens, by Farley Mowat, was my introduction to Canada’s North, and to Mowat, too. I recall this book was assigned reading in grade seven. The vivid descriptions of the barrens, in particular the effect of snowblindness, stayed with me for many years. I read and re-read Lost in the Barrens, but somehow didn’t get around to other Mowat titles. That changed around six years ago, when I picked up his autobiographical Bay of Spirits: A Love Story. A Mowat-reading binge followed for the next few years, but there are still well-known titles, like People of the Deer, that I have yet to read.

Who Has Seen the Wind, by W.O. Mitchell is a Canadian classic that I completely missed in my youth. What prompted me to pick it up in my forties I can’t recall. It was an enjoyable read, and the perfect antidote to adult stress and worries.

As for the 97 other titles on the CBC young adult list, I believe I’m suffering from bad timing and not neglect. Many of the titles may be destined to become Canadian classics, but most of them weren’t around when I was young. The majority were published in the last 10 years; only a handful pre-date the millennium.

Will I read all these books? Not likely. But reading young adult titles, when one is?let’s face it?an old adult, is a refreshing break from heavy course texts. This summer may just find me lounging with Harriet’s Daughter, by M. NourbeSe Philip, The Lynching of Louie Sam, by Elizabeth Stewart, or Wondrous Strange, by Lesley Livingston.

An Interview with Angie Abdou 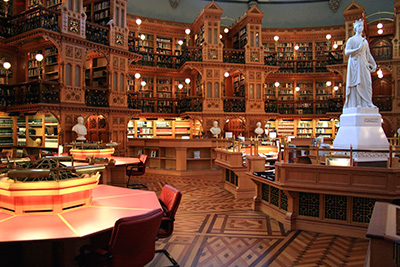