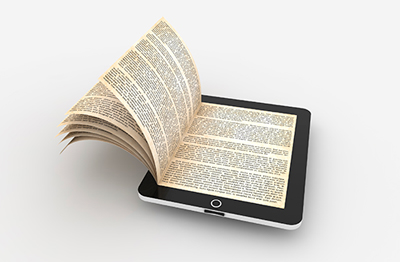 A sure way to stir up strong opinion among Athabasca students is to mention e-texts. Some students think they are a great idea; others strongly dislike them. Post-secondary institutions throughout North America are increasingly using e-texts, which follows on from the increase in recreational e-reading. I wanted to research the latest statistics regarding e-reading in order to put the e-text debate in a current context, however, the most recent data was difficult to find. Many statistics and articles were from a few years ago; some of latest data from the Pew Research Centre is from 2014 but most is from earlier years. I found a 2010 study from the University from Saskatchewan that provided lots of background information, but I could not find any recent updates.

Many of the online articles I found contained a cautionary tone warning that e-reading is great and not going away soon, but that printed books should not be abandoned just yet. This is perhaps due in part to the current state of e-reader technology?as well as people maintaining an emotional attachment to printed books.

I contacted the Calgary Public Library, one of the largest library systems in Canada, and a representative provided me with some insight into e-reading via an online chat. She said that The Calgary Public Library jumped on the e-book bandwagon quite early, back in 2007. Since then, its digital collection has become vast, containing more than 61,000 fiction and non-fiction e-books and e-audiobook titles, with new resources added weekly. Checkouts of e-books have nearly doubled each year. However, printed books are still holding their own. Printed materials within the Calgary Public Library system remain a substantial part of library checkouts and she said that other library systems see a similar trend. Public libraries are now being used more as “hubs of learning” rather than places simply to check out books. She could not say whether this was directly down to how the rise in e-reading has affected library culture or whether peoples? overall perceptions of libraries are changing.

But, during my research, I came across several articles from various news sources detailing a development that concerned me. Amazon, the world’s largest online bookseller and a major publisher and promoter of e-books and e-reading is planning to change the way it pays writers for electronic content. Instead of paying them based on the purchase of an entire book, it will pay for each digital flip of a page. Rather than treating e-books as a whole entity, the publishing behemoth is fragmenting them page by page. This model can be compared to the number of Facebook likes or re-tweets a social media post gets or how Spotify pays recording artists for songs. Works of literature will be treated as a sort of popularity contest where the metric based on complex algorithms is most important, not the creativity in producing the book.

What this change means in practical terms is if someone purchases an e-book and then does not read it at all?either abandons it, or just flips past the “boring bits”?the writer receives little or no payment.

The entire culture of books and reading is undoubtedly changing because of the Internet and e-reading. Establishing a writing career is difficult enough as it is, and a current debate is whether content mills and blogging may, on the one hand, be an easy way to break into the field, but, at the same time, hinder a writing career because these markets do not pay well, or even at all, which makes a writing career difficult in terms of financial sustainability. Electronic publishing, especially electronic self-publishing, is seen as a middle ground and a boost for writers to take back some control within the environment of technology: to enable them to get paid for their work, and also provide a way to network and establish a platform. The big booksellers, like Amazon, have often come across as big players who champion the little guy through their promotion of e-books, but will this proposed model become yet another hurdle for new writers?

It is too soon to think that Amazon’s proposed change will spell the end of the writing and publishing industries altogether because this prediction has always circulated and yet these industries still manage to survive. However, both those who produce and consume culture should be at least slightly concerned about this potential new model. The massive bookselling and media companies are such influencers of culture that smaller firms tend to look to see what they do and then follow their lead.

The field of academic writing and publishing should also pay attention to Amazon’s model. It isn’t too much of a stretch to hypothesize that if a pay-by-the-page model is adopted by academic publishers and if academic teaching staff use only several chapters out of an e-text, or if editions of academic journals were considered in terms of usage of either the individual articles or pages of articles rather than the entire issue, the academic publishing market may be worse off.

It is clear that the debate between printed books and electronic media will not be resolved soon, or in a tidy way. Some aspects of electronic-based media have undoubtedly enhanced reading experiences, both in the academic and recreational reading sectors. But predictions regarding where the e-publishing industry will end up, and how that will ultimately affect the culture of reading, seems to be anyone’s guess at this point. 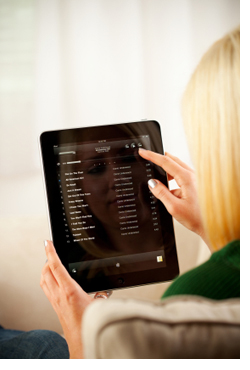 A Book in the Hand: E-text Initiative