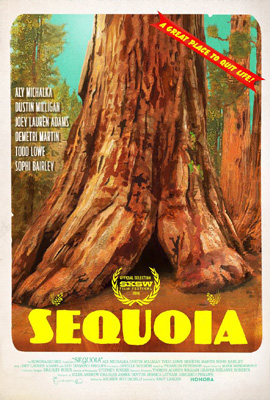 “It’s not the number of lives that It’s important to save? It’s the amount of life.”
– Doka quote, from Sequoia

For example, when the cute guy she sits with on the bus reciprocates her interest, all she can do is insult him. And her first move after being diagnosed with terminal cancer is not to start drinking carrot juice but rather to start smoking. Oh, and planning her suicide. In an apt manifestation of narcissism, she immediately starts videotaping the entire process.

The film blackens the fine line between euthanasia and suicide, providing lots of confusion so You’re forced to test your own hypotheses. But, in the end, her choice is clearly suicide, if only because It’s fueled by a desire for vengeance?just another abusive module in the dysfunctional family system.

Reilly’s mom’s fiancé, Steve, is described as a psychologist, but in one scene It’s suggested that he’s not really (he may simply have studied just enough psychology to use it against people) and It’s this suggestion we should take seriously, because no professional would be allowed to express these kinds of views and still retain a license to practice.

For one thing, he hasn’t heard the commonly known dictum that one must always take a suicide threat seriously, even if it comes from a drama queen like Reilly. Not only that, but he actually holds the children responsible for their mother’s lack of career success and personal development, a reversal of the criticism once waged against shrinks who appeared to blame every psychological maladaptation on the mother. Steve approaches the truth when he suggests that Reilly is simply trying to control them with her drama, but misses it when he suggests they avoid their human responsibility by ignoring her threats.

Play this “professional?s” stupidity and egotism against the wisdom and authentic emotion of Oscar, Reilly’s unemployed father, and you see the writer’s point.

But everyone in the family is just as shockingly lackadaisical as Steve in response to Reilly’s suicide announcement, except, ironically, for her alcoholic dad, the only one who reacts with the appropriate fear, shock, and deep pain. The others are so caught up in themselves they can’t think outside the boxes of their own egos. (Students of relational psychology would do well to study the relational dynamics here and try to puzzle out which characters?and which relationships?are healthy, which not, and why. )

In spite of her personal doomsday scenario, while on the bus to the Sequoia National Forest Reilly reaches out to a handsome young Christian with the apt moniker Ogden Clarke, who quickly sees her as a personal call for compassionate response. But Reilly’s a crazy maker, constantly hurling insults, disdain, and double messages, and nobody suffers from that worse than the people who try to help her.

Ogden, representing the compassionate being reaching out in response to the animal with its foot caught in the trap, lets himself get bitten in an effort to release her. You can see why? She’s very pretty, entertainingly witty in spite of having a terrible personality, and is looking for one last fling, while Ogden is open-minded about his sexual abstinence. But there’s another dimension to his altrusim which suggests an outpouring of generousity from a deep inward reservoir of love?a love that arrives from another source.

It seems as if the Biblical references in the film?most from the Book of Psalms?are the only hope for Reilly, nature and loving human connections opening a window into a world that will allow her to transcend the muck of family dysfunction and a wounded self and embrace a sacred mystery that she can’t, for all of her efforts, simply mock out of existence.

If Reilly lacks personality, she makes up for it in good taste; She’s chosen a beautiful place to die?the gorgeous Sequoia National Forest, a large stand of redwoods that have been around since ancient Rome, Ghengis Khan, the Black Plague, and the American Civil War.

And voilà, deep down inside Reilly’s thorny exterior is someone who loves life and can accept it on its own terms, which means accepting that her life must end at the same time as recognising her own responsibility for seeing it out with her eyes open.

Sequoia manifests six of The Mindful Bard’s criteria for films well worth seeing.

– It stimulates my mind.
– It provides respite from a cruel world, a respite enabling me to renew myself for a return to mindful artistic endeavor.
– It’s about attainment of the true self.
– It inspires an awareness of the sanctity of creation.
– It displays an engagement with and compassionate response to suffering.
– It makes me appreciate that life is a complex and rare phenomena, making living a unique opportunity.