Columns
The Voice
From Where I Sit – Get Home Safe

It’s been quite a while since I shared my collection of clever license plates and signs with you. I only have one sign from beside a church but It’s a goodie, especially these days. ” Honk if you love Jesus. Text while driving if you want to meet Him.”

It seems the more aggressive license plates appear on bigger or sportier vehicles. UCDUST on a white Dodge dually truck. Or CHWTHS on a white Acura sports car. Or RUNAMUC on a Jeep.

I prefer ones that are clever, confessional, or self-deprecating not intimidating. The owner of a Ford Edge states a philosophy: LIV2LAF. Apparently the driver of a white Hyundai Sante Fe is a SPOILD1. Another Hyundai SUV wonders WHAZZUP.

But there is hope. The owner of a blue Ford, from Focus is clearly MKNPRGS.

Other times the plate is a statement of fact: 60CHEVY on a fire engine red Impala complete with fuzzy dice hanging from the rear view mirror. Or the Toyota Highlander whose owner is a DOC 4U. Or the Mustang plate that says GONNGT.

I feel a little sad for the driver of a grey SUV who says I12ESCP but then who hasn’t shared that sentiment?

Sadly, when I got to the end of my own list I was forced to Google to see what else was out there. I think most of these are American. Someone in Montana has ICU2COP while somewhere in Arizona someone else is having 3XTHFUN. Unfortunately in Alaska you can expect BRRRRRR. In Maryland we find that WEHVFUN.

There’s also a wee bit of passive-aggressive stuff happening between couples: HISNHRS, WASHIS (on a silver soft-top), and H8MYWIF. Way to keep the animosity alive, guys.

It seems a certain corvette driver suffers from NRSISSM, while a Mercedes owner declares NOT POOR and someone else is CRAMPED. The owner of a black sports car thinks he’s driving the BATT MBL. A hearse warns that UARNEXT. At least, he’s not COP B8 or SUPRBAD.

Let’s hope that IAMLATE and TRIPPIN (a California plate, go figure) go with GOD SPD and arrive with NOREGRET. There is likely no help for the BLOND plate mounted upside down or the red SUV with a smashed rear end despite the plate imploring everyone to PLZ STOP. There were also a couple DROPOUT plates on snazzy sports cars?..so, there! Someone else wants to publicly state IOU DAD.

I wonder what goes on in the car with $EXXXIII or SATAN plates? We can feel the discontent with AWWCRAP, WNTR SUX and OMGWTF. There’s a better attitude expressed with SKI BUMM, HOWIROL, and ITHAD2BU. Could Buzz Lightyear be driving the Infiniti N BYOND?

I hope this exercise in fun has inspired you to check out who is sharing the road with us because whether they’re bullies or cheeky or just good fun, we’re all in this together. We need to be smart and give the job of driving the attention it deserves so that we all get home safe, from where I sit. 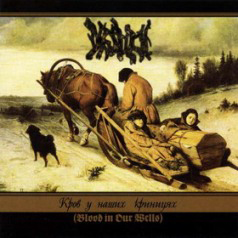 From Where I Sit – Billboards, Bumper Stickers, and More