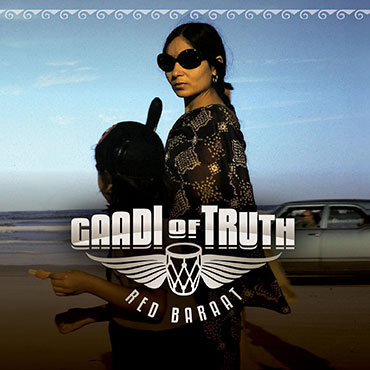 “Gaadi literally means ?train? in Hindi, though it can also mean ?car?, ?vehicle? or ?journey,?” – Sunny Jain, leader and founder of Red Baraat

The music of New York dhol and brass ensemble, Red Baraat, sounds like the Dave Matthews Band was hired to go to the Punjab to play bhangra at the wedding of Elizabeth Hurley and Arun Nayar. It’s bhangra with a big brassy jazz delivery, but you’ll also hear elements of Tijuana Brass, Klesmer, New Orleans funk, and classical Indian music. The tracks on Gaadi of Truth, Red Baraat’s second album, also call to mind the heart-pumping musical themes from Hawaii Five-O and The Rockford Files?the kind of music the guys in the high school band loved to play even when they didn’t have to, the kinds of tunes that promised action, excitement, and danger.

The tracks are instrumental, but the musicians will sometimes sing together in unison like the big bands of the past (there are no vocal soloists). The sparse lyrics are sung in Hindi, Punjabi, and occasionally English, but even the English lyrics are so cryptic they may as well be in Hindi.

The players ride buoyantly on the crest of their own enthusiasm, and that of the audience, but their seeming recklessness somehow manages to always sound tight and together. they’re great showmen, tireless in their zeal and wit; in one stage act they demand the Anglophone audience repeat a Punjabi phrase that most of us would find unpronounceable, with hilarious results.

The band’s leader, singer, and composer, Sunny Jain, a first generation Indian-American, founded the group in 2008. His childhood had been filled with the sounds of Indian classical music, sacred music, and old Bollywood films, but his musical aesthetic was also informed by India’s brass band tradition. In Red Baraat he wanted to place the big double-headed dhol?North India’s dance drum of choice?front and centre.

In order to pull off such radical syncretism he had to recruit a motley crew of players. It wasn’t hard finding the right mix, but touring with a multicultural group has had its frustrations, unwanted police attention being one of the most aggravating.

But Sunny Jain practices Jainism, an ancient religion that emphasizes pluralism and diversity. These themes are salient on Gaadi of Truth, whose very name suggests both a journey and a unifying dialogue.

The serious convictions don’t detract from the pure fun that Red Baraat dishes up. “Red Baraat is still a party band,” says Sunny on the band’s website. “It’s not supposed to be a severely intellectual band, but there is an intellectual aspect to it because we’re all thoughtful citizens and individuals, and we’re all traveling around and having discussions.”

High points include “Bhangra Pirates,” featuring that great, driving bhangra rhythm with the thrusting dhol beat at the start of every bar, and “Rang Barse,” a rich stew of classical Indian, jazz, New Orleans funk, Latin, Klesmer, and bhangra. And the more you listen the more delicious it grows.

Gaadi of Truth manifests four of The Mindful Bard’s criteria for music well worth a listen.

– It’s authentic, original, and delightful.
– It provides respite from a cruel world, a respite enabling me to renew myself for a return to mindful artistic endeavor.
– It renews my enthusiasm for positive social action.
– It makes me appreciate that life is a complex and rare phenomena, making living a unique opportunity. 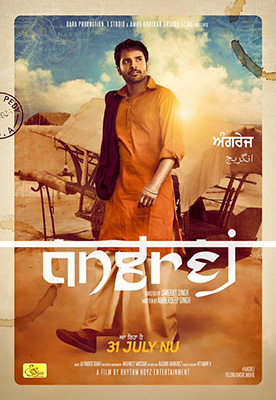