Columns
The Voice
In Conversation with Bad Citizen, Part I 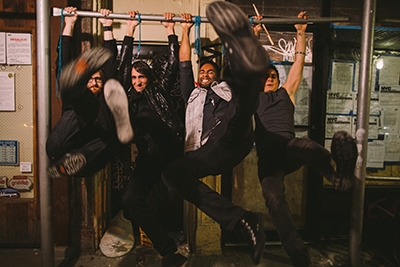 Bad Citizen is an up-and-coming band from New York, known for lively classic rock and R & B. On July 15 they put out their debut EP, Citizens Rise. You can see the video of one the songs, “Watch It Fall,” here. Recently band members Matt, Frankie, Steve, and Patrick were good enough to talk to Wanda Waterman about the sometimes painful costs of loving rock and roll.

Which elements in your childhood and early years pointed you toward music? Toward classic rock in particular?
MATT: The very fact that I wasn’t allowed to listen to anything but gospel and Christian music but snuck rock and roll in anyway. I had to risk getting my ass beat by my dad to get my fix. My brother bringing home a Gun’s N? Roses (Appetite For Destruction) tape is what lit the fire. I used to jump around, head bang, sing, and play air guitar to the “Paradise City” music video when my dad wasn’t around!

What’s your favourite instrument to play and why?
FRANKIE: Gibson Les Paul custom 1977. It’s the hottest guitar ever made.

What was your most beneficial educational experience?
FRANKIE: Failing but still here.

What or who in your training had the most?and best?influence on you, as a musician, a composer, and a human being?
FRANKIE: I’m basically a wannabe Jimmy Page with less skill and flare.

What was the most mesmerizing musical experience of your life?
STEVE: For reals, when I was in fourth grade a bunch of cats from the choir busted into the classroom and performed a medley of songs from Alice In Wonderland, one of them being the Mad Hatter’s “I’m Late.” They had choreography and everything. That was pretty mega. I joined up right quick. I wanted to perform baby!

Seeing Green Day at age 14 was also mega rad! The first time I heard the song “Caravan” by Duke Ellington in 7th grade was really transformative as well. That goes mucho mucho for the first time I ever heard Louie Armstrong. Elvis Presley was blasting in the car when I coming home from the hospital after being born!

Has anything funny or strange happened to you in the recording studio or on the stage?
PATRICK: The first thing that comes to mind is our EP release show at Arlene’s Grocery in NYC. Our rehearsal space is tiny, so Matt is normally relegated to a corner since he has the least gear to wield, but that means we don’t get to experience the full performance he brings to the stage. He’s a wild man at shows, but that EP release show was when he started slinging his mic around like a lasso, with it passing inches from my face. It was definitely the first time I was totally afraid for my life while playing music. Though dying from a flying mic while melting faces with our music is a pretty bad ass way to go. 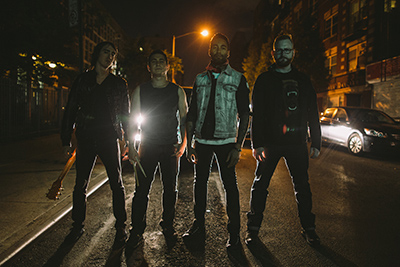 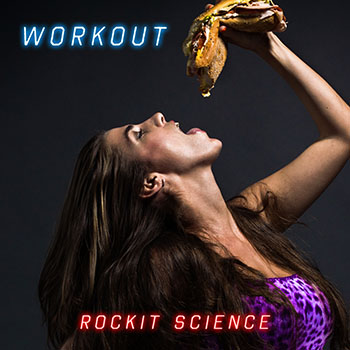